You are here: Home / Archives for trance

– Try it. You might even enjoy the reaction you receive. 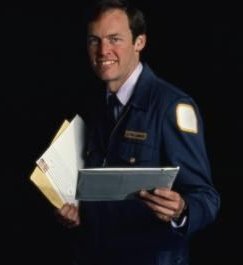 In my travels around town, I’ve noticed a lot of sour expressions on people’s faces. Maybe it’s just the snowbirds from up north. There just seems to be a lot of unhappy people walking around these days wearing a sourpuss. In a local restaurant I frequent for lunch, people come in with blank looks on their faces, and exit with the same expression. One would think consuming a good meal would change a person’s disposition, but not so from what I have observed.

Then again, maybe it was the meat loaf or stuffed peppers affecting them.

More likely, I suspect it is based on our technology addiction or the state of our country that is altering our interpersonal skills.

Whether I am at the post office or a restaurant, it is not unusual for me to greet a stranger and wish them a good day. The reaction by most people though is one of bewilderment or intimidation. Instead of exchanging pleasantries, they look at me like I have three eyes. I can almost hear them saying to themselves, “What did he mean by that?” or “What does he want?” Frankly, nothing. I just want to say hello.

I learned this years ago when I was a young man sitting in the waiting room of my doctor’s office. When I entered, the room was already full of patients representing a variety of ages. There were old magazines to read, and a trashy soap opera on TV which nobody was watching, yet nobody had the courage to change the channel. It was all rather gloomy. Then, all of a sudden, the front door swung open and the mailman walked in briskly, “Good morning everybody! Beautiful day out there, isn’t it?”

He delivered the mail, turned and exited. After the door shut behind him, people seemed to snap out of their sullen trance, smiled, and began to talk with each other. I was taken by how such a simple gesture quickly produced a positive reaction, and have not forgotten the incident. Consequently, this is why I try to warmly welcome some one to our office, be it a delivery man, a customer, or whomever. In turn, people appreciate the attention and respond in kind.

A couple of weeks ago I happened to visit the local Wal-Mart to pick up a prescription. Yes, the Walmartions were out in force that day, but I tried not to let them get me down.

On this particular afternoon, as I exited, I saw a young Wal-Mart employee sitting in the smoking area enjoying a small cigar. I judged him to be 18-19 years old. As a fellow cigar smoker, I approached him and kiddingly asked, “Is this the first class smoking section?” The young man looked up puzzled; my question had obviously caught him off guard.

I then asked him, “What kind of cigar are you smoking?” and he began to loosen up. It was a cheap cigar, something he could smoke quickly while on break. This led to a brief discussion on types of cigars and I confided in him my experience smoking my first cigar, a White Owl classic, which I smoked as a teenager behind my friend’s house in Chicago. He laughed and asked me what I smoked now. I then offered him a cigar which he gladly accepted. The whole exchange between the two of us lasted no more than three minutes. Whereas he seemed sullen when I first met him, his spirits were obviously higher as we departed. We never knew each other’s names.

I find it interesting how people tend to shun such repartee and build a force field around themselves. Perhaps worse is the reaction people have when someone greets them, probably because we are suspicious of their motives and do not trust them. Maybe so, but what is the harm of once and awhile saying, “Good morning everybody! Beautiful day out there, isn’t it?” Try it, You might be pleasantly surprised by the reaction you receive.

Maybe there wouldn’t be as many public shootings if we just learned to say “Hello” now and then.