You are here: Home / Tim Bryce / A Bryce Christmas 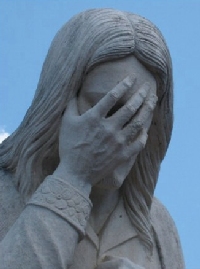 I don’t want to sound like Scrooge or the Grinch, but Christmas is not one of my favorite holidays. I see it more as something for the kids as opposed to adults. Before I get started though, I want to make something perfectly clear; I still refer to this season as “Christmas” as opposed to the “Holidays” which may sound more politically correct, but to me it’s an admission that Christians are in retreat in this country. I am not a super-religious person mind you, but it bothers me that we have turned the celebration of Christ’s birth into a marketing bonanza. To illustrate my point, consider the following:

If this has all changed, I must have missed the memo on it.

In the workplace, we exchange superficial gifts more because we feel we have to rather than because we want to. I would much rather have a heartfelt handshake than most of the gifts I have received in the office. But then again, this probably isn’t politically correct either. I have even seen people compete over who is going to give the most extravagant gift to someone for political purposes as opposed to the generosity of their heart.

It is also customary to hold office parties this time of year, much to the delight of caterers, restaurants, hotels, entertainers, etc. But I wonder if the substantial money expended here would be put to better use by rewarding the employees with a bonus instead.

Following Thanksgiving, the media immediately shifts its programming into the Yule tide swing with Christmas music on the radio, and specials on television. It seems a little like brainwashing to me to force you into the Christmas spirit weeks before the actual holiday. I’m sorry, but I don’t like being coerced into anything.

I wonder what Jesus would say about all of these shenanigans. First, he would probably wonder who the jolly fat guy was in the red outfit. I imagine he would tell us that we all have our priorities wrong. I can even hear him say, “Hey guys, you even got the day wrong!”

If Jesus were to come back, I’d bet he would be kidnapped by the marketing people for at least the month of December, maybe longer.

With this said, I sincerely wish everyone, be you a Christian, a Jew, a Muslim, or whatever, a very merry Christmas, not because I’m trying to force my religious beliefs down your throat, but because I genuinely wish you Peace on Earth, good will toward men. Maybe I do have the Christmas spirit after all.

END_OF_DOCUMENT_TOKEN_TO_BE_REPLACED

Raised to a Master Mason in 1908, at Harmony Lodge No. 17 in Washington, DC, Carl H. Claudy  served as the Master and eventually as Grand Master of Masons … END_OF_DOCUMENT_TOKEN_TO_BE_REPLACED

In this final installment of the Faith Hope and Charity series, we consider the symbolism of charity, or perhaps better called love. It is this attribute that … END_OF_DOCUMENT_TOKEN_TO_BE_REPLACED

In this installment of the Symbols and Symbolism of Freemasonry, we examine the text of Albert Mackey's Encyclopedia of Freemasonry on the symbolism of … END_OF_DOCUMENT_TOKEN_TO_BE_REPLACED

In this installment of the Symbols and Symbolism of Freemasonry, we consider a reading of Albert Mackey's text on the subject of Faith as it pertains to … END_OF_DOCUMENT_TOKEN_TO_BE_REPLACED