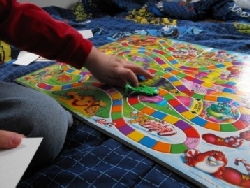 Whether in business or a nonprofit organization there will be instances where you will inevitably be warned to “play by the rules.” I have heard this in just about every company I’ve consulted with, as well as the many different nonprofit organizations I have participated in over the years. Basically, it is a thinly veiled warning not to disrupt the status quo or face the consequences. It is essentially no different than saying “Do it our way or else.” Interestingly, I have discovered people either don’t know what the rules are, misinterpret them, or know them too well.

Playing by the rules doesn’t necessarily mean following the written rules, policies and procedures as defined in a formal document such as a policy manual or a set of governing docs such as bylaws. More likely it means to conform to the wishes and whims of the current regime. Volunteer organizations in particular can easily become political snake pits. One of the things you discover early on, it’s not a matter what the governing docs say as much as it is about who interprets them. Regardless of the clarity of the language, the rules will be interpreted by those in charge. Not surprising, those who admonish us to play by the rules are the same people who control them thereby turning them into a political football.

It is not uncommon to discover there are probably more unwritten rules than written. The sooner you learn them, the better. This is, of course, all a part of learning and adapting to the corporate culture. The written rules may say one thing, the unwritten rules may mean something entirely different and probably carry more weight. Too many times I have seen procedures clearly written one way, yet when I ask about them, I am told “We haven’t done it that way in years.”

As a systems man, I learned a long time ago to consult with secretaries and clerks when trying to figure out an existing system. The documentation may say one thing (if any), but the operational people know how things are really run. It kind of makes you wonder why organizations invest in developing policies and procedures if nobody is expected to follow them. In all likelihood it is to create a legal escape hatch in the event of when push comes to shove.

People will pay little attention to rules that are unfairly interpreted. In fact, they will go out of their way to subvert them, and why not? If the current regime demonstrates unethical behavior, their subordinates or constituents in all likelihood will follow suit. Again, this is all part of the corporate culture.

Getting people to conform to the formal written policies and procedures takes an individual with unusual strength of character, who understands the necessity of conformity, and interprets the rules fairly. Such people of integrity are unfortunately becoming few and far between.


Tune into Tim’s THE BRYCE IS RIGHT! podcast Mondays-Fridays, 11:30am (Eastern).