Then the LORD said to Cain, “Where is your brother Abel?” 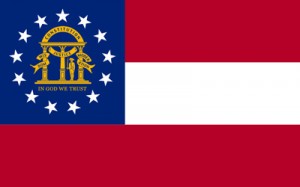 The Grand Lodge of Georgia has openly documented its policy of racial exclusion of “non-white men”.

In a court filing to the Superior Court of Dekalb county – civil action 09CV7552-8, are documents (attached below) which include the charges brought against the Worshipful Master of Gate City Lodge No. 2.

The charges as filled were quantified as a Violation of the Moral Law.

Specification 1 in this – That said worshipful master xx xx did in fact raise or allow to be raised in and about February 2009 in the lodge that he is the Worshipful Master, a non-white man, xx xx.

Specification 2 – This said worshipful master xx xx did commit overt act or acts against moral laws of Free and Accepted Masons and the moral duties as the Worshipful Master of Gate City lodge no 2 as follows:

The Master of gate City Lodge, proclaiming his innocence, was then charged in the following manner.

Violation of the Laws of Masonry

Specification 2 in this – The worshipful master xx xx knowingly and willfully did in fact allow a raising of a non-white man in February 2009, which has never been done working under the jurisdiction of Grand Lodge of the state of Georgia. According to the old customs of the Grand Lodge of the state of Georgia which has existed continuously since February 21, 1734. After the fact, xx xx did allow parading xx xx to other Masonic Lodges, presenting him as a Master Mason accompanied by a letter dated February 25, 2008 on gate city Lodge#2 letterhead with the typed from xx xx xx, Grand Master.

Specification 3 In this: That the said worshipful Master xx xx did commit act or acts of destroying peace and harmony throughout the craft of Masonry in the state of Georgia.

Specification 4 in this: that said worshipful master xx xx of Gate City Lodge #2 did in fact knowingly and willfully commit this act or acts which is in conflict with the ancient landmarks and Masonic code sections 71-101, 4-101#6, 1-101, 1-201, 1-202, 1-205. Worshipful Master xx xx committed act or acts knowingly and willfully that conflicts with the ancient customs and traditions which are the immemorial usages and fundamentals of the craft which have existed from time immemorial and are unchangeable.

Specification 5 in this: That said worshipful Master xx xx of gate city lodge #2 must be tried by a trial of present and or past masters pursuant to Masonic code 83-401 and when found guilty of this charge of violation of the laws of Masonry as he would be under no less penalty than that established by Masonic code 21.106 and 21.107.

Masonic Law speak, the charges are based on committing act or acts of destroying peace and harmony, but involving the moral law as to the cabal behind the making of an “non-white” man a Mason. The disharmony seems to have stemmed from the “parading” of an African American Georgia Freemason, which is apparently now, a violation of their moral law. Never mind that the brother was made and recognized by the state, and never mind that he was acknowledged in a tiled lodge as such

Some speculation suggests that rather than drop the proceedings, the Grand Master will hold the trial to quell the misconception of racism and set the record straight, but this remains to be seen.

In the mean time, a civil filing by the Worshipful Master turned Plaintiff suggests that the Grand Lodge is in violation of its Non-Profit Status as it is now openly admitting that it discriminates based on race, which is against the public policy of the State. In the filing, it is also points out in several sections where the Grand Lodge is …an enemy of bigotry or intolerance… and also states the the Grand Lodge in leveling the charges is in violation of its contract with the member(s) when facing revocation of charters and membership privileges as members have a value property investment (contract) from their dues. Interesting to point out, the filing also says openly that “Upon information and belief, Plaintiffs show that there are currently in Georgia active, regular Master Masons of at least the following extractions in whole or in part: American Indians, East Indian, Arab/Lebanese/Egyptian, Persian/Iranian, Vietnamese, Chinese, non white Mexican/Hispanic, African-American, and Filipino, in addition to those of white/Caucasian ancestry.” So, now there seems to be a provision of the fraternity being not strictly white, which seems to countermand the white only exclusion.

The long and short of this convoluted tale comes squarely to rest on the odious claim that a “non-white man” can not be a Freemason.

I affirm, that racism is not tolerable, and bigotry, open or otherwise, is not included in our Moral Law. The brothers of Georgia are sorely mistaken in this assertion.

As I AM my brother’s keeper my “…brother’s blood cries out to me from the ground“. To let this go will put the fraternity under a curse that will send us “…driven from the ground”.

If not addressed this open proclamation could destroy the fraternity.

This is not Freemasonry in the 21st Century. This is not tolerable, on a personal level or from a Grand Lodge level, especially our Grand Lodges are an electable body from the craft lodge. Recognition of Georgian Freemasonry must be held in questioned especially if they are so ignorant to hold these ideas to be Moral Laws.  If in fact they do then Recognition must be terminated.

We are our brother’s keepers and only have the Great Architect to answer to. How will we respond when he asks us how we addressed this?