You are here: Home / The Euphrates / Are You Experienced?

“Have you ever been experienced? Well…I have.” -Jimi Hendrix 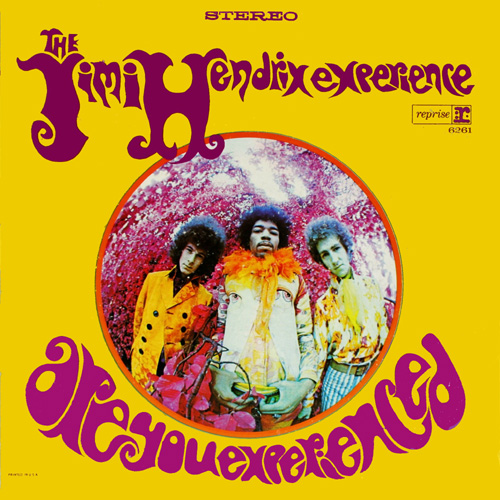 I was listening to the Are You Experienced

album by Jimi Hendrix the other day. I listen to the album in its entirety about once a month. I find it incredibly inspirational. Every time that I hear the opening riff to Purple Haze I feel like I’m hearing it for the first time. It is so fresh, so original, and so futuristic…even though the album was released 43 years ago.

At this point, many of you are probably asking, “What does this have to do with Masonry?” Well, I’ll tell you.

One of the greatest characteristics that Jimi Hendrix possessed was that he really challenged the natural order of things. Many of his peers felt threatened by his musical prowess and originality. Pete Townshend, Eric Clapton, Jeff Beck, and even John Lennon and Paul McCartney felt that Hendrix may possess the ability to put them out of business. Some respected him for that. Some did not.

Hendrix also represented the counter-culture of the 60’s, but in a different way than many of his contemporaries. He didn’t discuss his political philosophy by an outright partisan protest, but rather by passive suggestions and asking rhetorical questions about the state of world affairs. He used his music and his celebrity as a way to open people’s minds instead of drawing a divisive line in the sand. In a lot of ways, Freemasonry is intended to do this for its initiates.

Freemasonry has always challenged the natural order of the world. For centuries, religious organizations and governments have opposed its “questionable motives.” They oppose it for a good reason: Freemasonry promotes individual enlightenment and the right of every man to find his path to a greater existence. Not surprisingly, in order to accomplish those goals a man must challenge his preconceived opinions on spirituality, politics, and philosophy. This makes it difficult for a man belonging to the Masonic fraternity to be controlled by his church or his government.

Unfortunately, one of the problems with Freemasonry today is that we no longer require our initiates to open their minds and challenge their beliefs. We no longer get “experienced.”

There are many reasons for this. One of the major issues facing Freemasonry today is that our organization is very concerned about discrediting any accusations of sinister activities by our fraternity. We spend a lot of time and money on institutionalized charity and removing any mystery surrounding the order in order to combat any unfavorable opinions about Masonry. When mentoring our candidates, we turn our degrees from deep, philosophical allegories into shallow fables. Most Masons don’t do any sort of Masonic research on their own and they certainly don’t receive any in lodge. Today’s Masonry is a charitable civic organization, where a man improves himself simply by joining. We talk about turning the rough ashlar into the perfect ashlar, but we don’t actually pick up the chisel and attempt to transform ourselves.

Of course, some men do experience a transformation because they are diligent in their Masonic studies. I certainly changed a lot of my views and opinions after becoming a Mason. It challenged many preconceived notions that I held. At first, I resisted the new ideas that were floating around in my head, but I finally allowed reason be the victor. I truly feel like I got “experienced.” Sadly, many of our initiates never have this feeling. They never see Freemasonry as being anything more than a set of rituals, a charitable organization, or a social club. They completely miss its complex intricacies. Of course, this makes the questions from our candidates simpler and much easier to answer and for those initiates that feel the need to ask a difficult question, there is always a politically correct answer in some Grand Lodge publication.

We must bring back the process of getting “experienced” back to Freemasonry.

Our Brethren and our initiates should have their minds challenged at every lodge meeting. Our lodge education should be something out of the ordinary. Discussions should be held about every topic that is presented and the Brethren must understand that Freemasonry is about keeping the mind open to new enlightenment.

Have you ever been experienced?

END_OF_DOCUMENT_TOKEN_TO_BE_REPLACED

In this final installment of the Faith Hope and Charity series, we consider the symbolism of charity, or perhaps better called love. It is this attribute that … END_OF_DOCUMENT_TOKEN_TO_BE_REPLACED

In this installment of the Symbols and Symbolism of Freemasonry, we examine the text of Albert Mackey's Encyclopedia of Freemasonry on the symbolism of … END_OF_DOCUMENT_TOKEN_TO_BE_REPLACED

In this installment of the Symbols and Symbolism of Freemasonry, we consider a reading of Albert Mackey's text on the subject of Faith as it pertains to … END_OF_DOCUMENT_TOKEN_TO_BE_REPLACED

In this edition of Freemason Information’s Symbols and Symbolism we consider, together, the four cardinal virtues of Freemasonry as gathered form Albert … END_OF_DOCUMENT_TOKEN_TO_BE_REPLACED