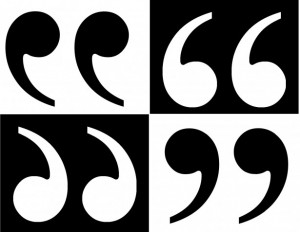 QUOTATIONS FROM FAMOUS MASONS WHO WERE MILITARY LEADERS

“It’s got to be done and done quickly, so let’s get it done.”

“I learned that good judgment comes from experience and that experience grows out of mistakes.”

“Damn the torpedoes! Full speed ahead!”

“Take time to deliberate; but when the time for action arrives, stop thinking and go in.”

“As you know that the Credit of the Service depends not only on dealing fairly with the men Employed in it, but on their belief that they are and will be fairly dealt with.”

“You are ordered abroad as a soldier of the King to help our French comrades against the invasion of a common enemy. You have to perform a task which will need your courage, your energy, and your patience. Remember that the honor of the British Army depends on your individual conduct. It will be your duty not only to set an example of discipline and perfect steadiness under fire, but also to maintain the most friendly relations with those whom you are helping in this struggle…. Do your duty bravely. Fear God and honor the King.” (a printed address to the British Expeditionary Force carried by soldiers during World War I)

“It is a rule in war never to leave a fort in your rear.”

“No man is entitled to the blessings of freedom unless he be vigilant in its preservation.”

“A competent leader can get efficient service from poor troops, while on the contrary an incapable leader can demoralize the best of troops.”

“Up men to your posts! Don’t forget today that you are from old Virginia.”

“Courage is doing what you’re afraid to do. There can be no courage unless you’re scared.”

“Brave rifles, veterans, you have been baptized in fire and blood and have come out steel!”

“There is no such thing as bravery; only degrees of fear.”

“We must never despair; our situation has been compromising before; and it changed for the better; so I trust it will again; If difficulties arise; we must put forth new exertion and proportion our efforts to the exigencies of the times.”

FAMOUS MASONS WHO SERVED IN THE U.S. SUPREME COURT

“The very reason for the First Amendment is to make the people of this country free to think, speak, write and worship as they wish, not as the Government commands.”

“The law does not expect a man to be prepared to defend every act of his life which may be suddenly and without notice alleged against him.”

“To listen well is as powerful a means of communication and influence as to talk well.”

“The acme of judicial distinction means the ability to look a lawyer straight in the eyes for two hours and not to hear a damned word he says.”

“Next to the right of liberty, the right of property is the most important individual right guaranteed by the Constitution and the one which, united with that of personal liberty, has contributed more to the growth of civilization than any other institution established by the human race.”

“There is nothing so despicable as a secret society that is based upon religious prejudice and that will attempt to defeat a man because of his religious beliefs. Such a society is like a cockroach – it thrives in the dark. So do those who combine for such an end.”

“In civilized life, law floats in a sea of ethics.”

“The man of character, sensitive to the meaning of what he is doing, will know how to discover the ethical paths in the maze of possible behavior.”

SENTIMENTS REGARDING THE FRATERNITY BY MASONS AND NON-MASONS ALIKE

“Gentlemen, I have always entertained a profound respect for the Masonic fraternity and have long cherished a desire to become a member…”

“What couldn’t a million Masons do if they made a concerted effort to change the world? We could approximate brotherhood in the twinkling of an eye.”

“I say today, thank God for Masons and for all affiliated with this outstanding organization because you bring good, and the more good we bring, the closer we get to a more perfect world, so that the children of this world can indeed know peace, have freedom, and seek dreams.”

“I am closing my address with a confession.

Since becoming a Freemason, I forgot hate. Instead, I learned to love – to love God and my fellowman. I am now at ease with my own conscience. I only do what I think is right, and shun all evil. I also forget fear. I can be alone no matter where I am, what I do, or where I go.

A clean conscience makes a man brave. I hope that Freemasonry has had the same influence upon all of you, which is an assurance of a better world to live in, and a happier humanity to live with.”

“Through Freemasonry, however, I have had opportunity to break bread with good men of other than my own Christian faith. Freemasonry does not promote any one religious creed. All Masons believe in the Deity without reservation. However, Masonry makes no demands as to how a member thinks of the Great Architect of the Universe. Freemasonry is, for all its members, a supplement to good living which has enhanced the lives of millions who have entered its doors. Though it is not a religion, as such, it supplements faith in God the Creator. It is supporting of morality and virtue.

Freemasonry has no dogma or theology. It offers no sacraments. It teaches that it is important for every man to have a religion of his own choice and to be faithful to it in thought and action. As a result, men of different religions meet in fellowship and brotherhood under the fatherhood of God. I think that a good Mason is made even more faithful to the tenets of his faith by his membership in the Lodge.”

“From my earliest recollection, sitting about my father’s knees, who was a Mason, and hearing him and fellow Masons talk, I imbibed the impression in early childhood that the Masonic fraternity is one of the most helpful mediating and conserving organizations among men, and I have never wavered from that childhood impression, but it has stood steadfastly with me through the busy and vast hurrying years.”

“It is no secret that Masons love and revere the Bible. Nor is it a secret that Masonry helped to preserve it in the darkest age of the church when infidelity sought to destroy it. The Bible meets Masons with its sacred message at every step of progress in its various degrees.”

“In a day of mistrust, suspicion, discrimination, separation and even hatred, Freemasonry removes the distance between men. Friendship, morality, and brotherly love are the hallmarks of our relationships. There is a basic integrity in the Fraternity so often lacking in many of life’s relationships…. Let me quickly and emphatically say that Freemasonry is not and has never been a religion; however, Freemasonry has always been a friend and ally of religion. In 50 years as a minister and as a Mason, I have found no conflict between my Masonic beliefs and the Christian faith.”

“My Masonic activities have never interfered with my loyalty to and my love for my Church. Quite the contrary, my loyalty to my Church has been strengthened by my Masonic ties. Good Masons are good Churchmen.”

“Let no one say you cannot be a Christian and a Mason at the same time. I know too many who are both and proud to be both.”

“Good Masons make good churchmen. Every clergyman can testify to the truth of this. They make loyal and sacrificing patriots. Our colonial history supplies the proof of this assertion. All Masons are not ardent church members but neither are all church members ardent for the church. Yet the proof is clearly and abundantly evident that the Masonic fraternity is an influence for good in personal and community life.

“That which causes us trials shall yield us triumph: and that which make our hearts ache shall fill us with gladness. The only true happiness is to learn, to advance, and to improve: which could not happen unless we had commence with error, ignorance, and imperfection. We must pass through the darkness, to reach the light.”

“To work with the hands or brain, according to our requirements and our capacities, to do that which lies before us to do, is more honorable than rank and title.”

“A war for a great principle ennobles a nation. A war for commercial supremacy, upon some shallow pretext, is despicable.”

“He who endeavors to serve, to benefit, and improve the world, is like a swimmer, who struggles against a rapid current, in a river lashed into angry waves by the winds. Often they roar over his head, often they beat him back and baffle him. Most men yield to the stress of the current… Only here and there the stout, strong heart and vigorous arms struggle on toward ultimate success.”

“Above all things let us never forget that mankind constitutes one great brotherhood; all born to encounter suffering and sorrow, and therefore bound to sympathize with each other.”

Article reprinted with permission of the author and www.FreemasonInformation.com. Please forward me a copy of the publication when it is produced.

Also be sure to check out Tim’s “Pet Peeve of the Week“ (non-Masonic related).