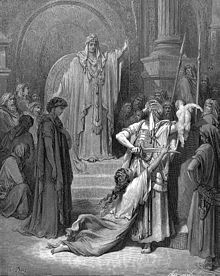 Good question. This is something we all demand but I don’t think we really know what fair is; to illustrate:

In this country we have established an extensive system of jurisprudence involving lawyers, judges, juries, appeals, etc. Yet, when a decision is finally reached, we claim it wasn’t fair. Case in point, the Casey Anthony jury decision. America felt she literally got away with murder.

In sports, we trust the officials will be fair in regulating the game, but we become unglued when we find an official tampering with the rules. When I coached Little League baseball, I would resent umpires who called balls and strikes one way for a team and different for the other. I didn’t realize the strike zone could change so significantly between innings.

The news media outlets tout themselves as fair and impartial, but I don’t know anyone who honestly believes it.

In the work place, we hope our bosses and coworkers will treat us fairly in our working relationships, and feel dejected when we find ourselves on the losing end of a political maneuver. All we want is a fair and even playing field to compete on. Rarely do we get it.

On the highway, we believe everyone should observe the same rules of the road and are aghast when someone flagrantly violates them, while others get stopped for petty moving violations.

We want people to pay their fair share of taxes, but argue about how this should be accomplished. Some suggest a flat tax, others want regressive taxation whereby the rich must pay for the poor.

We believe countries should treat each other equitably and are outraged when we find a violation of agreements thereby threatening peace or disrupting economics.

Being “fair” is an obsession with a lot of people, but only if it is in their favor. As much as we harangue about fairness, deep down we really don’t want it. Fairness is a human interpretation. It is in the eye of the beholder. What one person considers fair, another will consider just the opposite, even if the law, rule or regulation is documented in writing. It takes an impartial and informed person to determine what is equitable for all of the parties concerned. Unfortunately, it seems people today are easily prejudiced and rely more on gossip and spin as opposed to facts.

Fairness is based on who interprets the rules, usually by the person(s) in power, not by plurality of vote. As the power shifts, our interpretation of fairness shifts. This means our sense of fairness changes over time as perspectives and priorities change. For example, what would be considered “fair” by our nation’s founding fathers is certainly not the same as those in government today. In the early days, it was considered “fair” for land owners to be the only people allowed to vote in elections because they were considered responsible citizens, not shiftless rabble. Naturally, this changed over the years so any Tom, Dick, or Mary can vote regardless how “responsible” they were as citizens. Today, elections are won more by media spin than by the true issues of the day. Yet, we believe this is fair.

Our perception of fairness is based on our moralistic makeup which, obviously, varies based on cultural and religious differences. To illustrate, the morals of a Salvation Army Colonel will be substantially different than an atheist gang-banger from the ‘hood. I cannot imagine any commonality between the two. This is what happens when you live in a heterogeneous society. Japan, on the other hand is more homogenous in nature and as such, shares moral values which leads to consistent interpretations of what is right and wrong. The point is, as morality declines or becomes splintered through incompatible interpretations, it compounds the problem of realizing consistent fairness. The greater the uniformity in morality, the more likely fairness will be consistently applied.

Fairness is often defined by a plurality of vote, be it polls, legislatures, or a jury. It is their perception only, not necessarily what is fair. We have all seen too many votes that led to erroneous results primarily because those in judgment are not properly informed or lack the ability to offer an unbiased verdict.

As the populace becomes more disjointed, we write legislation based on poll numbers or elections, but this does not necessarily mean it is fair, only that it is the perception of the plurality, which may be right, but also could be wrong.

So, whether you are on a ball field, in a classroom, in the workplace, or wherever, you must recognize that absolute fairness is a myth. It is based on the interpretation and whims of the people who interpret the rules. Even if we were to automate decisions by computer, we must remember such rules are programmed by humans with all of their frailties. In other words, the computer will only render a decision as programmed by the human-being.

If you are upset that something is unfair, get over it. King Solomon died thousands of years ago. You win some, you lose some. Put your best foot forward and hope you’ll be treated fairly.

“Forget fair. Our world was not designed to be fair.”
– Tom Hopkins
“How to Master the Art of Selling Anything”