You are here: Home / Leadership / The Need for Checks and Balances in Nonprofits 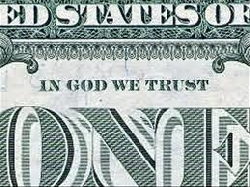 In 2014, a Vancouver Masonic Temple suffered through the embarrassment of an embezzlement of nearly $800,000 by its Treasurer.

The Treasurer belonged to a Building Fund which housed various Masonic Lodges and youth groups. The misappropriation was detected accidentally only when the Temple failed to pay its real estate taxes. Charges were pressed against the Treasurer who was sentenced to three years and seven months in prison, plus ordered to return the stolen money. Unfortunately, the loss of the cash caused the Masons to put the Temple up for sale, and it crippled their charitable activities. The Treasurer got away with it simply by producing falsified Treasurer reports which nobody challenged.

For an institution that is supposed to exemplify morality, such an incident is extremely humiliating.

Unfortunately, Vancouver is not alone as other Masonic institutions in other parts of the world have also suffered such embarrassments over the years. Sadly, the Masons are not alone as other nonprofit groups have also lost funds due to corrupt financial practices. Cases of embezzlement can found in churches, sports clubs (such as youth baseball and football), homeowner associations, and many others. Because such indiscretions are humiliating, and makes for bad public relations, many such incidents are not reported and quietly swept under the rug. Silencing bad publicity is one thing, going without adequate financial resources is quite another.

To overcome such problems, some simple financial controls can be implemented, but few people in nonprofit organizations have the necessary experience, thereby leaving their organizations prone to disaster. Regardless, the officers of any organization have a fiduciary responsibility to their constituents to safeguard the financial resources. Naivete is no excuse for such recklessness. Standard practices should be implemented for discipline and consistency.

First, leaving expenditures and deposits in the hands of one person is dangerous. It is placing total faith in the integrity of one person. Instead, a separate person should initiate the transaction and must bear the person’s signature, thereby formally acknowledging the action. Let’s suppose you use an outside bookkeeping firm to manage your company’s finances; you would want to have such a system in place whereby you, the owner, trigger the payment of expenses and depositing income, not the bookkeeper. So, why not within a nonprofit organization? Even if you direct the bookkeeper to autopay routine expenditures, such as power and water, you should be cognizant of the expense before authorizing payment.

The two person system would ultimately require two separate procedures; the initiator should write and sign some form of voucher ordering the payment of an expense, or the amount of money to be deposited. Each transaction, whether it is a credit or a debit, should be recorded in some form of ledger, be it on paper or in the computer. The second person, presumably the Treasurer, receives the orders from the initiator and acts upon them accordingly using pertinent bank forms or software. The one common denominator between the two people is the Chart of Accounts specifying the different types of income and expense accounts. By using the same Chart of Accounts, the initiator’s books should match those of the Treasurer. The Chart of Accounts can also be tied to the budget, another important report that should be routinely monitored by a third party.

Needless to say, the two sets of books should be managed separately, not by one person. Periodically, the two people should compare the finances and make sure they are synchronized, such as monthly or quarterly. At minimum, the two must be reconciled by the end of the year. This is very much akin to double-entry bookkeeping which was developed by the merchants of Venice in 1200 A.D. and involves separate journal entries. Regardless of its age, it is still a viable technique for managing finances.

This may all sound slightly bureaucratic, but what is the alternative? Vancouver?

Today, there is a push to automate financial management as much as possible. However, do not overlook the power of paper, for two reasons: first, it provides a handy audit trail if something goes awry, and; second, it provides the means to recreate either set of books should some form of disaster occur. I also cannot over emphasize the need for signatures. This one simple act could have helped thwart Vancouver’s humiliation.

If you use computer financial software, and I recommend you do, you should back up the files any time a transaction is recorded. Why so often? Ask yourself, can you afford to forget one transaction?

In summary, Vancouver and other nonprofit embezzlements could have been prevented by:

Last but certainly not least, a review of financial resources should be performed at least once a year by a third party, preferably a committee. Such a review examines the procedures people follow when handling money, and checks the financial data using ledgers, bank statements, etc.

As Benjamin Franklin said, “An once of prevention is worth a pound of cure.” Ask Vancouver; they learned it the hard way.