You are here: Home / The Euphrates / A Victim of Biblical Karma

In the Entered Apprentice degree, the new Masonic initiate is taught about Jacob’s Ladder and how it applies to Masonic symbolism. Of course, in Masonic symbolism, three of the rungs on Jacob’s Ladder represent faith, hope, and charity. The story of Jacob’s Ladder and its symbolism is beautiful and a wonderful example of God’s relationship with mankind. However, for many years I have struggled with the fact that Jacob received this vision—and God’s favor—immediately after deceiving his father Isaac and taking his brother Esau’s blessing. How could God let such a sin be committed without any negative reaction? When examining the whole story of Jacob we discover that Jacob’s biography is a great example of religious universality. Just as Jacob’s ladder is a story which appeals to many outside of the Jewish faith, Jacob’s betrayal of his brother and father is atoned for by a principle from the East when he becomes a victim of Karma.

Karma is the Buddhist ideal that for every action there is an equal and just reaction. It is the age old principle of cause and effect. Give charity to your brother and in turn you will be given charity when you need it. Wrong your brother and you too will be wronged. It is the Golden Rule: do unto others as you wish they should do unto you. People often visualize Karma as being cosmic, but not necessarily the direct justice of the Almighty. However, when God hands out punishment in the Old Testament, this is in fact a version of Karma. But the story of Jacob is different from most in the Old Testament because no where in the scripture does the author clearly state that God was displeased with his dishonesty. This is where Jacob becomes a perfect example of the cosmic force of Karma.

In the 27th chapter of Genesis, Rebekah helps Jacob deceive his blind father Isaac in order to obtain a blessing meant for Esau. While Esau is out hunting for game in order to cook a meal for his father, Rebekah and Jacob prepare a meal and Jacob takes it to his father, lying when his father asks him if he is Esau by saying “I am.” Of course, Jacob wrongly receives the blessing and when Isaac realizes that he has been deceived he does nothing to correct the error. Later, Jacob has the famous vision of the ladder extending from the earth to heaven where God promises him that his descendants will be as the dust on the earth. 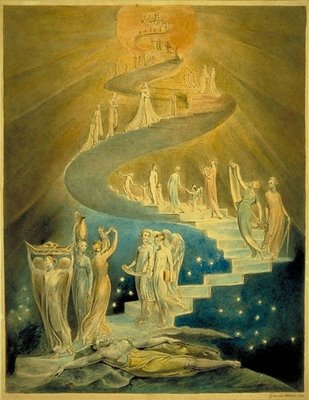 How could God remain silent about this injustice? In Genesis 29, Jacob once again seems to find favor in the eyes of the Lord. Jacob goes to work for a man named Laban and falls in love with Rachel, his youngest daughter. Jacob is so enamored with Rachel that when Laban asks him what he deserves in return for his work Jacob agrees to work for seven years in order to marry Rachel. Laban agrees to this and after seven years Jacob asks him for his daughters hand. However, when the long awaited night comes for Jacob to lay with Rachel, Laban deceives him and sends his oldest daughter Leah to Jacob’s bed. When Jacob awakes the next morning he is incensed at the fact that he has been betrayed. Laban simply states that the oldest daughter should be married first and that Jacob will have to work for seven more years in order to marry Rachel.

This is the perfect cosmic justice for Jacob. Not only is he forced to work seven more years to earn what he wants—essentially a seven year sentence for the betrayal of his brother—he is the victim of a similar birthright situation. Its irony is nearly comedic. We indeed discover that Karma is always at work.

This story shows the true universality of many religious concepts. While Karma may be Buddhist in its origins, we see that it plays a great role in the Old Testament. It also is alluded to throughout the world’s many great religions and one may astutely note that it also has a role in Masonry when one considers the purpose of acting upon the square. Jacob’s story is an excellent example which reminds us that Karma can affect everyone and that no matter what creed we may follow, we share the same values.

END_OF_DOCUMENT_TOKEN_TO_BE_REPLACED

Raised to a Master Mason in 1908, at Harmony Lodge No. 17 in Washington, DC, Carl H. Claudy  served as the Master and eventually as Grand Master of Masons … END_OF_DOCUMENT_TOKEN_TO_BE_REPLACED

In this final installment of the Faith Hope and Charity series, we consider the symbolism of charity, or perhaps better called love. It is this attribute that … END_OF_DOCUMENT_TOKEN_TO_BE_REPLACED

In this installment of the Symbols and Symbolism of Freemasonry, we examine the text of Albert Mackey's Encyclopedia of Freemasonry on the symbolism of … END_OF_DOCUMENT_TOKEN_TO_BE_REPLACED

In this installment of the Symbols and Symbolism of Freemasonry, we consider a reading of Albert Mackey's text on the subject of Faith as it pertains to … END_OF_DOCUMENT_TOKEN_TO_BE_REPLACED