You are here: Home / The Euphrates / The Vast Indifference of Heaven

“We contemplate eternity beneath the vast indifference of heaven.” -Warren Zevon

My favorite songwriter of all time is the late Warren Zevon.

Warren was incredibly adept at vocalizing the reality of his emotions through the medium of music. One of his works that has become a favorite of mine is his song “Indifference of Heaven.” To me, the song tackles an issue that most humans are afraid of addressing: does God really play an active role in the human existence?

Most people that I have met refuse to even consider this question and with good reason. The idea of an almighty being that doesn’t influence world events or care about our day-to-day existence is unnerving. We naturally want to believe that God is on “our side,” that God wants what is best for us, and that God will protect us. The desire to be one of God’s chosen people has been instilled in us through many different religions. It is a perfectly natural desire and it seems like a logical assumption. If God cared enough to create us, then he would care enough to make sure that everything turns out well for us, right? 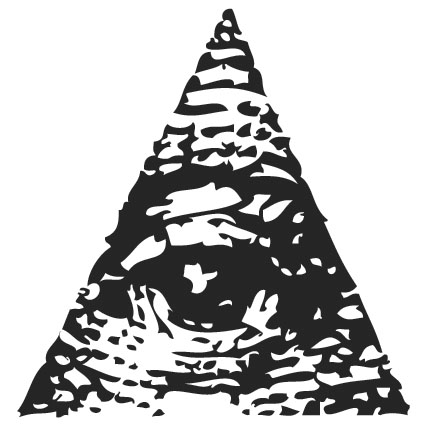 One spiritual ideology that separates itself from this belief is Deism. Deism is a belief that came out of the Enlightenment Age of the 17th and 18th centuries. It is the belief that the Supreme Architect of the Universe created the universe and all things therein contained, but is not involved in man’s existence. It rejects the idea of divine miracles, revelations, or prophets. However, Deists do believe that all of the universe’s natural processes were put in place by the Almighty Creator and that God does desire for us to act morally.

Deism doesn’t necessarily declare that God is indifferent, but depending on one’s view of this theological ideal Deism could imply that indifference is one of God’s characteristics. Frankly, I think that the idea of an indifferent God can be comforting at times. Consider an event like the Holocaust. It is much more difficult to understand how a God that interferes with human actions would allow such a tragedy to occur. What about those times when a crime is committed and the victim is an innocent law-abiding and God-fearing citizen? How can we accept that a proactive Deity allows these things to happen? Yet, we find ways to rationalize God’s inaction and decide that tragedies are all part of God’s plan.

Maybe there is another way of looking at the vast indifference of heaven. Maybe we don’t have to accept that God is indifferent or that he does direct the course of human action and allows bad things to happen for a reason. Like many people, I like to think of God as a father figure. A good father knows that he cannot run the lives of his children, because if he doesn’t allow them to realize the consequences of their own actions they may become dependent on his guidance and will suffer in the long run because they are not capable of making responsible decisions. He may well know that his child intends on going to a party on the weekend which may result in his child making a wrong decision. So he raises his child by giving them a good example of proper conduct and trusts that they will make the correct decision when it is necessary. Perhaps God works in the same way. He has given us his guidance through various religious texts and trusts that we act in an upright manner, but he also realizes that we must suffer the consequences of our own mistakes.

The truth is that while we exist in this world, we may never know the real characteristics of God. He may be interested in our lives, indifferent, or like a loving father, gently guiding us to follow the right path. But one thing that will not change is that we will all–at one time or another–feel like we are “contemplating eternity beneath the vast indifference of heaven.”

END_OF_DOCUMENT_TOKEN_TO_BE_REPLACED

Raised to a Master Mason in 1908, at Harmony Lodge No. 17 in Washington, DC, Carl H. Claudy  served as the Master and eventually as Grand Master of Masons … END_OF_DOCUMENT_TOKEN_TO_BE_REPLACED

In this final installment of the Faith Hope and Charity series, we consider the symbolism of charity, or perhaps better called love. It is this attribute that … END_OF_DOCUMENT_TOKEN_TO_BE_REPLACED

In this installment of the Symbols and Symbolism of Freemasonry, we examine the text of Albert Mackey's Encyclopedia of Freemasonry on the symbolism of … END_OF_DOCUMENT_TOKEN_TO_BE_REPLACED

In this installment of the Symbols and Symbolism of Freemasonry, we consider a reading of Albert Mackey's text on the subject of Faith as it pertains to … END_OF_DOCUMENT_TOKEN_TO_BE_REPLACED