by Dr. David Harrison explores the way in which Freemasonry developed in England during the late 17th Century and all of the 18th Century. The book takes us through The Three Transitional Periods of English Freemasonry. Firstly, the transformation from Operative to Speculative during the 17th and early 18th Centuries. Secondly, the foundation of the London Grand Lodge in 1717 and the subsequent modernization of the ritual. Thirdly, the schisms and rebellions within Freemasonry, which forced the society to rebuild and reconcile in 1813. 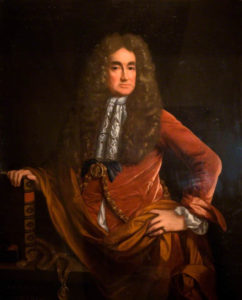 Yes, the founding of the Grand Lodge of England in 1717 is discussed. But even more revealing, we learn some fascinating history of the players involved and their philosophical pursuits.

Prominent in the discussion is Elias Ashmole, the first recorded English Speculative Freemason to enter into an unknown Lodge in Warrington, Lancashire, in 1646.  Warrington is Dr. David Harrison’s Lodge.

Other interesting players in this formation of English Freemasonry and its development are Dr. John Theophilus DeSaguliers, Dr. John Anderson, Sir Christopher Wren, John Dee, Sir Robert Moray, Francis Bacon, Inigo Jones, Isaac Newton, Alexander Pope, Thomas Paine, Jonathan Swift, William Preston and many others. Of all of these perhaps Dr. John Anderson and his “Book of Constitutions,” and Dr. John Theophilus DeSaguliers who wrote and inserted the Third Degree into Masonic ritual, stand out the most.

Weaved into all the personalities of this era of English Masonic development was the philosophical schools of thought that influenced Freemasonry and the schools of study that linked onto the Craft.

So we learn about Kabbalism, Rosicrucianism, Hermeticism and Druid culture. The schools of the Occult figured prominently into the development of 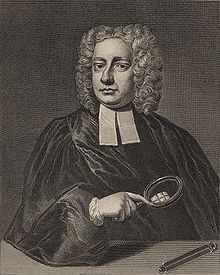 English Freemasonry – astrology, numerology, magic, alchemy, necromancy to name a few. Balancing this was the influence of science and Natural Philosophy.

Then there was the almost worship of architecture and the fascination with the dimensions of King Solomon’s Temple. This gave rise to the cult of Palladian Architecture and the attempt to make St. Paul’s Cathedral a representation of Solomon’s Temple. Dr. Harrison also provides his reader with a deep discussion of Masonic symbolism and how symbols changed over time. Featured prominently in all the philosophical, architectural, political, occult and religious discussions and influence on Freemasonry was The Royal Society. Many early influential Freemasons were also members of the Royal Society.

Although Lodges were prohibited from engaging in politics, still the machinations of everyday life played into the story of Freemasonry. Thus we see how the political interaction of Royalists, Parliamentarians, Jacobites, Whigs, and Tories influenced who had the upper hand in decision making within the Craft.

Not to be forgotten is the book’s treatment of the ever changing world of Freemasonry. So we learn of the battle between the Antients and the Moderns, The York Grand Lodge and The Wigan Grand Lodge. The coming together, the reconciliation of English Freemasonry in 1813 which resulted in the United Grand Lodge of England culminates the story.

is a book that came out of Dr. Harrison’s Ph.D. thesis. Consequently, this work is free of legends, theories, hypothesizes, speculation, suppositions, conjecture and other non-evidentiary thinking. As Sgt. Friday used to say on Dragnet, “Give me the facts, nothing but the facts.”

Here we have a book that is well done, very complete and that covers most everything you ever wanted to know about the who, what and where of the rise of English Freemasonry. It is by far the best factual rendition of how English Freemasonry bloomed and became everybody’s Mother Lodge. Do not miss adding this to your Masonic Library.