You are here: Home / The Bee Hive / KKK’s Influence On American Mainstream Freemasonry

There is no doubt that the KKK infiltrated Southern Mainstream Freemasonry – more in some states and less in others. It’s a very hard claim to prove as both societies remain mum about their membership. And that’s not to say there wasn’t some infiltration in the North and West also but it was few and far between and didn’t last.

Today we still have the KKK in some Lodges and Grand Lodges mostly in some of the states of the old Confederacy. Every time I make this claim I hear from Brothers who say I found a Black Freemason in Mainstream South Carolina and I found 5 in Texas. Out of 40,000 to 80,000 member Grand Lodges a token half dozen or less of Blacks in these Mainstream Grand Lodges does not prove that these jurisdictions are not racist. While Georgia seems to have opened up a bit led by Gate City Lodge No 2 in Atlanta, I am still looking for my first Black Freemason in Mainstream West Virginia and Arkansas.

What it does go to show is that even in Grand Lodges controlled by White Supremists some local Lodges will raise Black men without retaliation because those in control are afraid of the negative publicity and the threat of civil legal action.

After reading this article from the Laws of Silence below I hope you will have a better perspective on the subject. 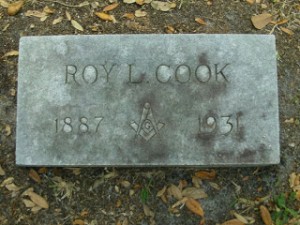 In March 2011, I dissed Alex Jones’ The Order of Death documentary (Power, Corruption and Lies) for a variety of reasons, one of which is his claim that Albert Pike, whom Jones calls the leader of world Masonry, founded the KKK.  Both claims are demonstrably false.

In the comments that followed, however, Terry Melanson and I discussed the links between Freemasonry, the Knights of the Golden Circle and the KKK. Whether the KGC could be described as “Masonic” is debatable, of course, but I’d have to say it was:  three degrees, passwords, grips, hailing signs, etc.  Freemasonry was, like it was for so many other groups, the KGC’s model, and membership was not mutually exclusive.

Sad to say, the same is true of the KKK.  Whereas the original Klan had no degrees, the second group (now in archive), 1915-1944, had four and the ladies auxiliary, three. Freemasonry influenced its rituals and more than a few Klansmen were drawn from its ranks.

All this exposition is really just a prelude to the following two pictures.  I mentioned the first in an April 2011 post about political vandalism, but at the time I’d forgotten the second.  I don’t think the pictures prove anything beyond the fact that membership in a Masonic Lodge and the KKK were not mutually exclusive, but it will do little dissuade people from thinking one group was the arm of another.

Ignoring these photos won’t make them go away, best to bring them out into the daylight. Personally I don’t see how one could belong to a group promoting universal fraternity and another white supremacy, but there you have it.

This KKK-sponsored page (now in archive) features a photo of Cook’s Klan headstone, but not the Masonic one; it does, however, feature the stone of Imperial Wizard James Colescott (1897-1950). Colescott led the Klan from 1939-1944.  His stone bears the square and compasses.  The page also pictures the stone of one Samuel Grady Roper (1891-1951)–with the square and compasses–and says it belongs to yet another Imperial Wizard. Trouble is, the Sam W. Roper (b. 1895) who led the Klan in 1949-1950 died in 1986 (after having retired as second director of the Georgia Bureau of Investigation).  So, given this blatant error, any info on the site must be weighed accordingly.

The Cook grave is located in Deland, Florida.  Colescott died in Coral Gables.  Roper, in Gainesville.  All of them were contemporaries, Klansmen and finished their days in Florida.  Which is not surprising; even a cursory glance at Klan history reveals that Florida has always had a particularly strong, and violent, Klan presence.

(Gid and I are both Florida natives, we can thus rag on Florida with impunity!)

END_OF_DOCUMENT_TOKEN_TO_BE_REPLACED

In this installment of the Symbols and Symbolism of Freemasonry, we consider a vital emblem of Freemasonry, the compass or compasses. Albert G. Mackey, in his … END_OF_DOCUMENT_TOKEN_TO_BE_REPLACED

Raised to a Master Mason in 1908, at Harmony Lodge No. 17 in Washington, DC, Carl H. Claudy  served as the Master and eventually as Grand Master of Masons … END_OF_DOCUMENT_TOKEN_TO_BE_REPLACED

In this final installment of the Faith Hope and Charity series, we consider the symbolism of charity, or perhaps better called love. It is this attribute that … END_OF_DOCUMENT_TOKEN_TO_BE_REPLACED

In this installment of the Symbols and Symbolism of Freemasonry, we examine the text of Albert Mackey's Encyclopedia of Freemasonry on the symbolism of … END_OF_DOCUMENT_TOKEN_TO_BE_REPLACED