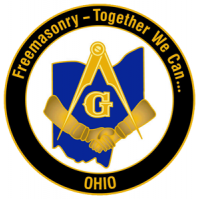 Some facts about Haas Yes he was expelled. I have the edict in front of me. He was not afforded a Masonic trial again. Our Grand Master cites a section (27.01c) that does in fact say that the EA and the FC should not be re-conferred. Doesn’t say that they can’t just says they shouldn’t. This is a lame excuse to take this action. If in fact this is this Grand Masters position they he should, he must, and is now bound to expel any Ohio Master Mason that has ever been a pro-tem candidate at their Lodge Inspection or any other time a pro-tem is used. There is no difference.

Lets be very clear about this WV is AF&amp;AM and Ohio is F&amp;AM. They are not the same degrees. So if I want to belong to AF&amp;AM lodge then I must surely have to conform to their ritual and the same would also be true.

Frank was never given a masonic trial in WV and was never charged with a Masonic offense.; Even the Supreme Court of WV ruled that what they did did not follow their own rules. The only offense Frank was guilty of was trying to bring WV into the 21 Century.

It is well documented that WV Grand Lodge has taken their cause to other states to try to convince them to cut ties with Ohio over this issue. Our grand Master has chosen to take the easy way and has bowed to outside pressures. He has also basically slapped the 3 previous Grand Masters in the face by these actions. I will be sending a letter of protest to our Grand Master, maybe he can expel me in return.