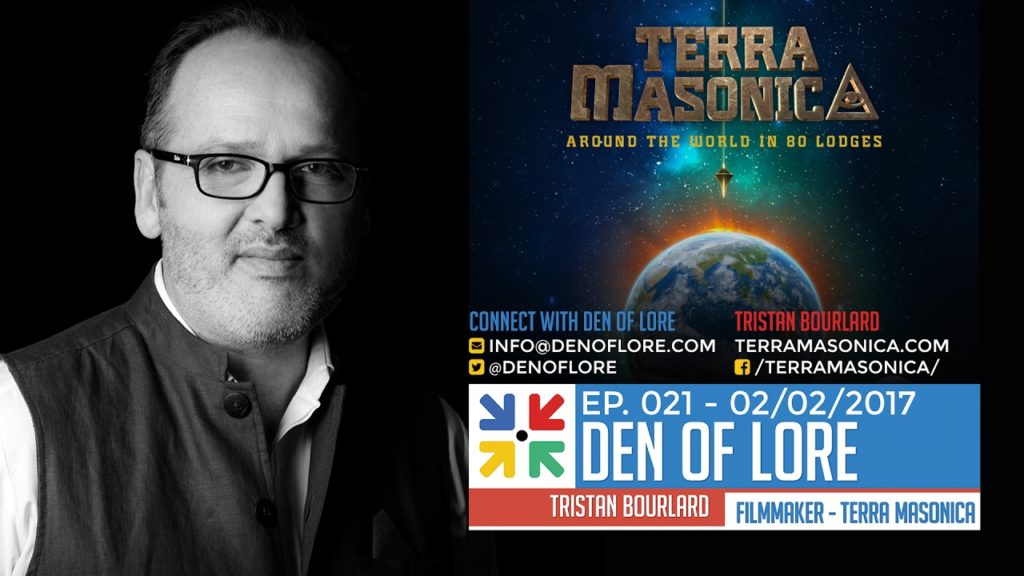 I have often wanted to see Freemasonry in foreign lands, to travel and enjoy the Craft around the world. Unfortunately, I do not have a budget that will accommodate my desires.

Yet I have just made this wonderful world-wide excursion through Freemasonry from the comfort of my home, thanks to Tristan Bourlard’s movie, Terra Masonica.

I traveled near and far. Here in the United States I was able to visit the oldest Lodge in America. Have you heard of St. John’s Cemetery in Pennsylvania that has been reclaimed from the jungle? That is a story in itself.

Starting in the Mother Lodge Number Nothing in Scotland I toured the U.S.A., South America, the South Pole, the North Pole, Europe, Africa, the Middle East, the Ukraine and India. I was actually able to be at the installation of a new Worshipful Master of the Mother Lodge of Scotland and to see the joy of the whole community expressed at this event.

These travels showered me with the history and MEMORIES of Freemasonry here and abroad. There was, in Phoenixmasonry’s Live Interview, the appearance of special guest Brother Dave Gillarm from Mt. Pisgah Lodge No 53, Columbus, Georgia, The Most Worshipful Prince Hall Grand Lodge of Georgia. He recounted having Bourlard live with him while filming Georgia. The Memory came when Bourlard filmed a woman, over 100 years old, who was present at Martin Luther’s King’s speech given at Gillarm’s Lodge in 1958.

Masonic Memories continued when Bourlard filmed in Jerusalem and we saw shots of King Solomon’s Temple from a different angle. The there was the persecution of Freemasonry in Spain under Franco exposed. We learned about Estela Lodge No 1, Antonina Village in Brazil that purchased slaves in order to set them free.

The chance to experience Fin Del Mundo, The End of The World Lodge in Antarctica and Hele Bjorn, the Lodge at the North Pole, Grand Lodge of Norway was a once in a lifetime visit.

Terra Masonica shows us places where practicing Freemasonry is still difficult. In Mali, Africa and in the Ukraine we visited places where Masonic Meetings were held in secret locations or met under armed security.

Above all we learn about the Universality of Freemasonry. Bourlard recounts that one of his purposes in making this movie was to break down the barriers that exist in Freemasonry and to bring Brothers together. Realizing that there is a big Masonic World outside your Lodge is a step in that direction. The roofless, walless Masonic Temple in the wilds of Parana Brazil was built by a Mason who was tired of all the bickering and who wanted a place for Freemasons of any Jurisdiction to meet. In India we witnessed Freemasonry dedicated to educating young people and teaching them how to interact with people of different cultures and beliefs.

Bourlard reports to us that while many parts of the World, such as North America, are lamenting a marked decrease in Masonic membership, Freemasonry is doing well in France and Germany and growing by leaps and bounds in Brazil and India. He predicted that the Grand Lodge of India would be the largest Grand Lodge in the world in just a few years.

Many stories have been left behind in this brief  account of this Masonic journey across the Globe. One thing is for sure. While we look at Globalization taking place in civil, political, religious, economic and entertainment undertakings, we should not overlook the fact that Globalization is taking place in Freemasonry also. And Terra Masonica is just the movie to educate you and thrill you on this subject.

You may view Terra Masonic on ITunes. Soon it will be available for purchase on Amazon. Right now you can buy it here:  http://www.matsol.info/