A recent communication with an old friend got me thinking.  My dear old friend told me that he was out of Freemasonry and into the Community doing the things that need to be done and that Masons only sit around and talk about. Now what follows will in no way be a chastisement for my friend’s decision.  Who am I to criticize another’s choices in this journey we call life. I embrace every path chosen by every friend and Brother for only he knows what’s best for him and only he can make the vision that God has sent before him a reality.

Yet at the same time I have to wonder whether the expectations of Freemasonry are distorted and misplaced by many, many Brethren. I had an opportunity in 2005 to visit and speak in Alberta, Canada.  There in one of the two papers I delivered I offered my Canadian Brethren the thought that we are not human doings, we are human beings. And it is OK just to BE. In fact it is most important to have your heart and soul in the right place before you go about doing. This thought might be likened to the ongoing Christian argument – are we saved by Grace or good works. My personal belief is that we should have both but in their proper order. Good works don’t get us grace but grace gets us good works. It was Jesus who said that it is what is in your heart which is of most importance. The public display of piousness exhibited by the Pharisees and Sadducees did not make them holy according to Jesus.  Better to go home, enter the closet, close the door and give thanks and praise to your heavenly Father. So if you wished harm to come to another, fomented violence against another in your heart, well you might as well have beat him over the head with a baseball bat because your thoughts were equally guilty as your actions.

Now realizing that not everyone subscribes to these views and not wishing to impose my personal beliefs on others let’s see how this correlates with Freemasonry.  The Craft is not an action committee gauging its worth on how much it can do for society – nor should it feel guilty in what it does or doesn’t do for the community. It is not the actions of Freemasonry as a community that mean as much as the change in the heart of each and every Brother who studies and subscribes to is virtues. Once imbued with the philosophy of Masonry each individual Brother then goes into society with a changed heart and gives back to the community, coming from the new person that his fraternity has made him. And this is much better than Freemasonry acting as a whole because it comes from the heart and it is that which is given without ulterior motives, expecting nothing in return nor has it the presence of Pharisee and Sadducee like puffed up ostentatious grand standing. But you can see here there is a logical order of accomplishment, first things first.

Thus the first priority of Freemasonry is to instruct, teach and educate its members in a philosophical thought that many have claimed has been handed down through the ages. Some say that from the ancient Egyptian mysteries, to the Essenes, to the schools of  Pythagoras and other Greek mystery orders to Mithraism and other Roman mysteries, the special orders of Christendom, the Knights Templar and beyond, there has been a certain frame of thought, some call higher knowledge, that has lived on down through the ages, regardless of the political or civil structure of society, which espouses a God given right to liberty and freedom, to brotherhood and peace, to knowledge and virtue. And Freemasonry is the latest expression of these long held mystery beliefs, some say, which might explain why you will find an inordinate number of Gnostics within the Craft.

The ancient mystery schools were not chastised for their lack of involvement within the community or gauged by the amount of charity that they doled out. Rather what was of utmost importance was the development of each individual member and the knowledge once imparted that could change his life.

So let us think of modern Freemasonry in these terms.  First and foremost, then, we are a philosophy, a body of knowledge to be communicated to every Brother that signs on. And yes we sit around and talk about it.  It is OK to just be a human being. And by so doing in meetings we reinforce the values to which we subscribe. We have a need to internalize the external newness that is being taught us. I go to church every week to worship God and give him thanks and praise.  I do not need to go to church to hear the same thing over and over again. I could do my worshiping at home or in a special holy place only I frequent in holy solitude. But by participating in a group I become further motivated and inspired. It is the special attributes that Scott Peck describes as “community.”  It is one of the reasons group therapy is so effective. 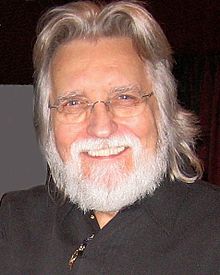 So, secondly, let us think of Freemasonry as a gathering place for some special bonding. In the process we are going through in our education as Freemasons we find a commonality not only in purpose but in just being. In my address in Alberta, Canada I also quoted from that rebellious spiritual thinker Neale Donald Walsch who repeatedly made the observation that we are all ONE! We are not divided or separated but we are all just one. The same point has been made by Scott Peck in his discussion of “community.”  Others might say that we are all children of God.  But it is precisely the Masonic act of leaving your sectarian beliefs and rigid viewpoints at the door of the Lodge room and entering as all one, as Brothers united, that creates a special bond that cannot be duplicated alone by oneself. In so doing Masons have discovered the special feeling present in Brotherhood.

Then let us declare that we are first and foremost both a philosophy and a Brotherhood. We change hearts, we bond and only then can we realize the fruits of our labor and benefit others.

My friend could remain a Freemason realizing that all he is now Doing is a result of his Being and that Being came from being a Freemason.  But he has his path and I have mine. And yours?