First we must understand and define what the meaning of “Holy” means, and then what the word “Scripture” means.  According to Anthony Browder, who authored, “From The Browder File” the word “Holy” comes from the Greek word, “Helios” which means “Sun”.  In Latin it translates to Sanctus.  The word “scripture” comes from Latin, “I Write”.  The Concise Oxford Dictionary defines “scripture” that, “…most religious scriptures began as recited texts, being preserved in orally transmitted forms: the Vedas of the Hindus were written down only because the world moved into the degenerate Kali; oral law (Torah she be’al peh) was as much revealed on Sinai as was written Torah; the Quran was not written down until after the death of Muhammad; and the Pāli canon was not committed to writing until (theoretically) the First Council though in fact much later. When scriptures were eventually written down, it often remained a primary religious act to recite (rather than read) scripture.” So, scriptures are the texts which various religious traditions consider to be sacred, or of central importance to their religious tradition. They are words that are divinely inspired by ones Creator and documented in written words or recited by memory.  In fact, the bottom line as it relates to the definition of the word “Bible”, means “THE BOOK”.  However, do not lose sight that in the many Books that contain scriptures, are not but one book, but a compilation of data and documented information within the total text in a religious compiled composition or book housing. 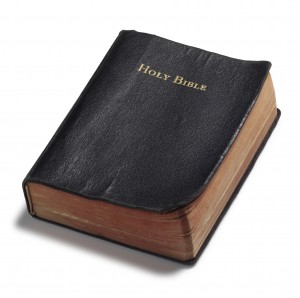 Now that we have established what those two important words mean, how do they fit in Freemasonry?  Masonry is a system that allows us to live our lives in the search for truth and awakening.  When we sincerely love what we call a craft, our very actions in this walk in light begins to play a role in what is Masonic knowledge, and the truth behind the veil of understanding.  Freemasonry in its early years as it pertained to Lodges were nominally Trinitarian Christian, but there is no indication that such was more than formal or that any religious belief was prerequisite to admittance.  Changes affected by the Grand Lodge of England between 1717 & 1723 abandoned nominal adherence to Christianity and obligated the Mason to obey the moral law, to be good men and true men of honor and honesty.  Dr. James Anderson in 1723 of Charge 1 wrote in his Constitution:

“A Mason is oblig’d by his Tenure, to obey the moral Law; and if he rightly understands the Art, he will never be a stupid Atheist, nor an irreligious Libertine.  But though in ancient Times Masons were charged in every Country to be of the Religion of that Country or Nation, whatever it was, yet ’tis now thought more expedient to oblige them to that Religion which all Men agree, leaving their particular Opinions to themselves: that is, to be good Men and true, or Men of Honor and Honesty, by whatever Denominations or Persuasions they may be distinguish’d; whereby Masonry becomes the Center of Union, and the Means of conciliating true Friendship among Persons that must have remain’d at a perpetual Distance.”

Now, in the middle portion of the above quote, he clearly removes the engagement in religious discussion, and openly states that each should keep their opinions to themselves.  In the New York ritual it reads, “…encouraging each to be steadfast in the faith of his acceptance.”

So, we have established the meaning “Holy Scriptures”, what was the common practice as it pertain to religious tolerance, and the evolution pre 1717 to 1723 and the accepted ancient constitution.  But the question is, “What Are The Holy Scripture”?  History records that in the sixth century A.D.; the Emperor Justinian issued an edict abolishing the last vestiges of the African religious systems and closed the last African Temple of Philae in Upper Egypt.  This is according to Anthony Browder, “From The Browder Files”.  However, in ancient Egypt, there is proof in several temples of inscriptions on the wall and the attempt to remove what the Madonna and Child looked like.  This was done by those who conquered different areas of ancient lands.  Over one hundred versions of the “Holy Scriptures” have been produced.  This is why scriptures are considered or referred to as “verses”, which comes from the Latin word, “vertere”, a word which mean to “turn” or “to change”.   The Holy Scriptures can help us to either turn from negative ways or change the way we live.  How does this relate to Freemasonry? 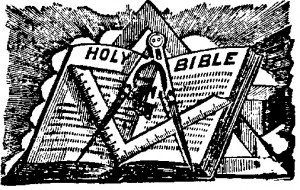 After the Constitution written by James Anderson under “GOD and Religion”, this actually put a renewed understanding of the purpose of Freemasonry.  Some are not aware that there was no Holy Scriptures (Holy Book) on the altar at one time.  The Holy Bible first being referred to as part of the furniture of the Lodge was in 1730.  In 1760 the Bible, Square and Compasses being referred to as the three Great Lights was not in existence until the “Ancients Grand Lodge of England” placed it on the altar and the “Moderns” began this practice in 1762.  Many of these Brothers, although used the Kings James version and some that were similar, understood the meaning of the word “Bible”, which derived from the Egyptian definition, “Papyrus”, which meant “Paper”.  Prior to any Holy Book placed on the altar, it was the (Book of Constitution) that Mason’s were obligated on.  In present day we now take our obligation on the book of our faith to bind us to our oath.  This is why our obligations are taken on the Holy Scriptures.  When we swear not to be at the int*****, pa*****, or rai**** of a clandestine Mason for example, we are swearing before GOD and man, that we will never fall victim in betraying our solemn appeal to the Creator of such a sacred promise.

Now, scripture do NOT teach doctrine, however, doctrines can develop through “scriptures”.  Let us take the word “DOCTRINE” for a moment.  The word “Doctrine” means “Something taught teaching, instruction or principles of religion.  “Theology” means “the study of God”, of religious doctrines and of matters pertaining to Divinity”.  The word Theology comes from the root word “THEO”, meaning “God” and the word “LOGOS” meaning “Word, or Discourse”.  In other words, theology is a systematic and logical arrangement of the belief in a doctrine.  Awareness is the key factor to all things.

The 6 Divisions of Theology as quoted from the book “The foundation of Christian Doctrine” “Written by Kevin J. Conner”

The above meaning of the different definitions of theology is not limited to other faiths.  However, through all of this, scripture plays an important part as it is connected on the writing of what others saw and interpreted through what they understood of a higher inspiration that calls upon the higher faculties of ones being and spirituality.  In Albert Pike’s book Book of the Words, page 121, first paragraph, he states,

We all see Deity in a different light as well as the name of Deity from our respective understanding taught by our religions and “scriptures”; and even those who do not subscribe to a particular religion but follow “spirituality” according to their understanding interpret scripture how they are inspired.  Scripture is not defined to be owned by one religion but each religion or spiritual schools have their own doctrine.  Freemasonry allows us to find that path without prejudice or judgment.

In Final, the Holy Scriptures are not only sacred text inspired by a Creator, but they are symbols that are veiled in allegory.  Harold Percival in his book, “Thinking in Destiny” describes a symbol as such: “A symbol is a visible object that represents an invisible subject which one is to think of, as itself or in relation to another subject or object”.