You are here: Home / The Symbolic Lodge 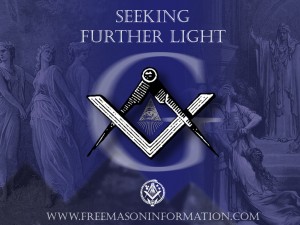 The Symbolic Lodge is a collective term for the first three degrees of Craft (or blue Lodge) Freemasonry. Consisting of the Apprentice, Fellowcraft and Master Masons degrees, the Symbolic Lodge is the entry point of Freemasonry and its many appendant and concordant bodies and associations. Craft, or Blue Lodge Masonry, are other terms that can be used interchangeably with the idea of the symbolic lodge.

In the Scottish Rite, the Symbolic Lodge is the first three degrees not practiced in the conveyance of the Rite system, deferring instead to the more localized practice. Different from mainstream craft Freemasonry, the Scottish Rite degree practice differs in that the Hiramic legend does not reach its culmination at the conclusion of the third degree ceremony instead allowing it to continue in a more organic progression bringing new implications and insight.

These works, by Gregory B. Stewart, explore the Symbolic Lodge as never before bringing aspects of Hermetica, the Kabbalah, the tarot and other esoteric and occult fields to help understand the hidden meaning at work in the Symbolic Lodge of Freemasonry.

The Apprentice: The World and the Universe as One: A Treatise on the First Degree of Freemasonry

More an explainer of the secrets, symbols and mythology of Freemasonry.

The Apprentice – a Treatise on the First Degree of Freemasonry, is an introduction into the forgotten ideas behind the making of a mason. This work explores the symbolism of that ritual journey from the perspective of what it means to be initiated. In that telling it draws parallels with occult secrets of the tarot, traditions of the Kabbalah and the esoteric connections it has with the Hermetic Tradition. The Apprentice is a book about the fundamentals of becoming a Freemason by illustrating and explaining the secrets behind its science and philosophy.

Topics in this work include the Masonic connection to the Kabbalah, the tarot, numeric symbolism, and more esoteric considerations.

Fellow of the Craft: By Wisdom a House is Built: A Treatise on the Second Degree of Freemasonry

Continuing on the path of the Symbolic Lodge, Fellow of the Craft (Fellowcraft) – A Treatise on the Second Degree of Freemasonry is an exploration of the secrets, symbolism and mythology at work in the Fellowcraft degree of modern Freemasonry.

Drawing from the rich collection of masonic lore, this work continues the path of the Apprentice through the middle chamber and along the three stages of maturity, the orders of architecture and the seven liberal arts and sciences to bring the newly passed fellow into the fundamentals of what it means to be a Freemason. Included in this work are companion readings from past prominent contributors to the Great Work and original illustrative art work to aid in the telling of this ritual journey.

Topics of exploration include the connection to the Kabbalah, the tarot, numeric symbolism, and more esoteric considerations.

The Master Mason: The Reason of Being – A Treatise on the Third Degree of Freemasonry

Third in the journey of the Symbolic Lodge, The Master Mason is a formal exploration of the symbolism and allegory at work in the third degree of Freemasonry. Through that lens, this work seeks to find the hidden esoteric connections and their connections with the centuries-old ritual that crowns the process of becoming a Freemason. As with its predecessors, The Apprentice and Fellow of the Craft, this work seeks to find parallel with its esoteric siblings, the Golden Dawn, Thelema, numerology, tarot, the Kabbalah and other arcane and occult traditions.

The Master Mason is a work that strives to understand the process of becoming a Freemason.

As many traditions hold the keys to achieve a degree of perfection, within the Masonic tradition we are shown this path through the becoming of a master. Truly, this degree opens as a mystery, and concludes on another, illuminating a path towards perfection and purpose.

Read more on the release of The Master Mason, at: Between the Sun and Moon, A Master Mason is Born

Missed the Kickstarter campaign? You can read about the life of The Master Mason on Kickstarter.

Tracing Boards of the work

Click the image above for more on the art of the Symbolic Lodge.