Brother Ernest Borgnine passed away on July 8, 2012 at the age of 95. He was raised in Abingdon Lodge #48, Grand Lodge of Virginia in 1950. Here in his own words are his thoughts on Freemasonry.

WHY I AM A MASON – MOUTH TO EAR

In 1946, I traveled with a friend down to a little town called Abingdon, Virginia, to see what the Barter Theatre had to offer. It offered nothing except hard work and board. My friend, not accepting the work they offered him, stayed one day – I stayed five years. In that time I grew to love the town and all it offered. The people, in particular, were simply marvelous.

Occasionally I would be assigned to go down to the printing shop and get posters made for the upcoming shows at the Barter Theater. One day, in talking to the owner of the print shop, one Elmo Vaughan, I found that he belonged to the local Masonic Lodge, No. 48, in Abingdon. My father was also a Mason and had advanced to the Thirty-second Degree in Scottish Rite Masonry, and I told this to Elmo. He was pleased, and sensing his pleasure, I asked him if maybe I could join. He said nothing, continuing his work, and a short while later, I took my posters and left.

The next time I saw Elmo, I asked him again about joining the Masonic Order – again he said nothing – and again my work took me away. We became good friends and finally one day I passed by and again I asked if I could join the Masons. Instantly, he whipped out an application and I hurriedly filled it out. I didn’t learn ’til later, that in those days, you had to ask three times.

I was thrilled! Not only was I going to be the first actor ever in Lodge No. 48, but I could just imagine my father’s surprise when I would spring the old greetings on him! I wanted only to surprise my Dad – and was I surprised, when after I was made an Entered Apprentice, I found I had to remember everything that happened to me at that event and come back and answer questions about it!

I was assigned to a dear old man of about 92 years of age who, I felt, must have been there when the Lodge first started. He was really of the old school – and he started me out with the foot-to-foot, knee-to-knee and mouth-to-ear routine of teaching.

Besides doing my work for the Barter Theater and a little acting to boot, I was also going to that dear Brother for my work in Masonry. I would tramp all over those lovely hills and work on my “Whence came you’s” and one day – oh, one fine day – I stood foot-to-foot with my Brother and answered every question perfectly! I was ecstatic! I was overjoyed and couldn’t wait to get to Lodge to show my ability as an Entered Apprentice.

After I quieted down, that dear Brother said, “You’ve done fine, but aren’t you really only half started?” I couldn’t believe him! I knew my work; what else was there? He said “Wouldn’t it be better if you knew all the questions too?”

I couldn’t believe my ears! All that hard work and only half done? He gently sat me down foot-to-foot, knee-to-knee and mouth-to-ear and taught me all the questions. That didn’t come easy, because I was almost doing the work by rote, but with careful listening and by really applying myself, I was soon able to deliver all the questions and answers perfectly!

The night that I stood in front of the Lodge and was asked if I were ready to answer the questions of an Entered Apprentice, I respectfully asked if I could do both – questions and answers. I was granted that wish and later found that I was the second man in my Lodge to have ever done so! I am truly proud of that, never having demitted, I am still a member in good standing in Abingdon Lodge No. 48.

I tell this story not for the merit it might gain me, but to tell you that learning the Entered Apprentice obligation taught me a great lesson in acting as well: that before I ever attempt to do a part I should work, rehearse, feel, almost live that part to know what I am talking about!

As I’ve advanced in Masonry, I have found we are an elite group of people who believe in God, country, family and neighbors. We work hard to help our fellowman; and through our charitable work, such as support for the Childhood Language Disorders Centers, we have made it possible to help many children grow Into good American citizens. We should always be proud of the Order we belong to. Where in all the world do you find so many great men and Brothers who have helped the whole wide world? But – we are hiding our light under a bushel basket!

Recently I attended a dinner for a friend, and I ran across a Brother who identified himself in a hushed voice. I asked why he spoke in a whisper when talking about Masonry, and suddenly I realized he wasn’t the only one who had ever done that. I speak out loud about Masonry to everyone! I’m proud of the fact that I belong to an organization that made me a better American, Christian, husband and neighbor; and all it took was a little self-determination by going foot-to-foot, knee-to-knee, and mouth-to-ear!

Associated Press/Claus Bjoern Larsen, Polfoto
The Prince Hall Grand Lodge of Virginia has agreed to settle three separate multimillion-dollar lawsuits involving another Masonic group called the Prince Hall Shrine, which is based in Tennessee.
Under the agreement, the Virginia organization would:
• Pay the Memphis group $300,000; and
• Re-instate Masons and Order of the Eastern Star members who previously were suspended for belonging to state affiliates of the Memphis-headquartered Shrine or its women’s auxiliary, the Daughters of Isis.
The settlement was the result of court-ordered mediation between the two groups. It is to become final once it receives expected approval from the court.

The litigation began in 2009 after Larry D. Christian of Williamsburg, then most worshipful grand master or president of the 5,000-member Grand Lodge, issued what some consider a loyalty order. The order barred Shrine members from participating in Masonic rituals and also banned them from entering Masonic lodges, including the ones to which they belonged.

Rest of the story here.

The larger issues are:

An Historic event took place on September 11, 2010 with the cornerstone laid at the new Judicial Center in Lancaster County Virginia. 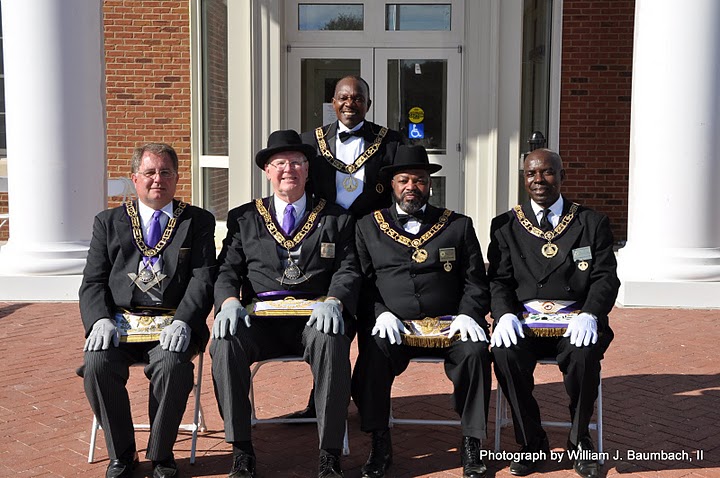 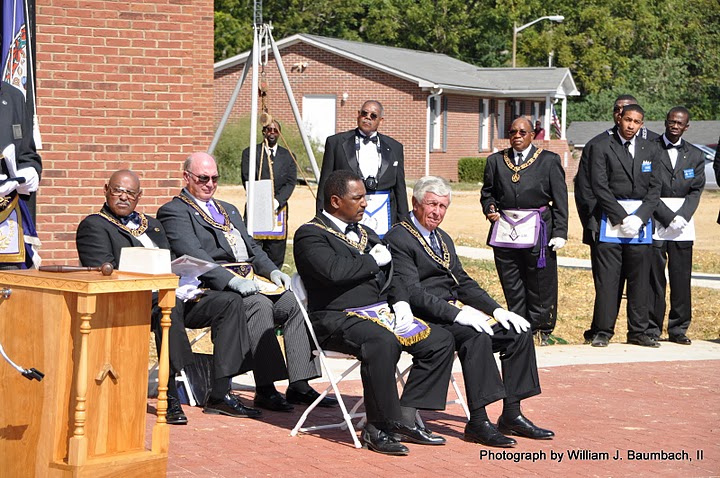 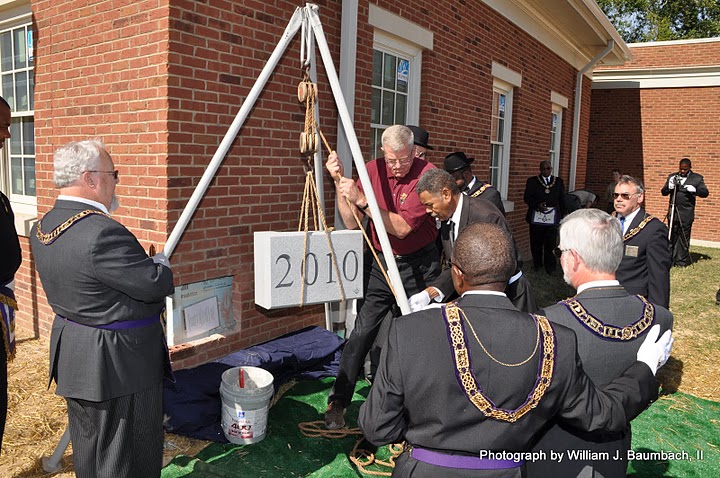 For more photos please visit the full album of the event.

This story slipped under the radar.  The burning taper posted on it, but sadly, someone found it distasteful and gave it a thumbs down on King Solomon’s agrigator.

But really, this raises SO many red flags and questions that it is really impossible to ignore.  My questions is how, at his first arrest was he allowed to remain on the roles, and second, how is it he is still on them today?

What does this story make you question?

Seriously, is this Freemasonry???

This came to me on Facebook, that I thought important to add…

“I did not catch the word “conviction”. I think they said the investigation started in 2007 but it sounds like it has not been to trial. I think he was probably arrested, bonded but not convicted (yet).

He violated the terms of his bond so was was arrested again (the arrest would probably have been for violation of the conditions of bond) for a bond violation. 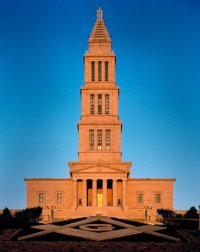 Join Masonic Central this Sunday, July 5th at 6pm PDT / 9pm EDT as we meet and talk to Br. Mark Tabbert, who is the Director of Collections at the George Washington Memorial in Alexandria Virginia.

As we reflect on the celebration of our nations independence this weekend, where better to turn than the symbol of that founding than to the figure that is at once brother, General, and President in our founding father George Washington. With that in mind, the topic of the program this week is The George Washington Memorial, the symbol and testament of its creation, and its place in the heritage of this nation.

This is a special hour long program on Masonic Central is on Sunday July 5th starting at 6pm PDT/9pm EDT. For your questions and comments to the guest live on the air call: (347) 677-0936 during the program.

You can listen to the program live from our home at http://www.blogtalkradio.com/Masonic-Central and join in with our live program chat, or from our player widget on our website at http://www.Freemasoninformation.com