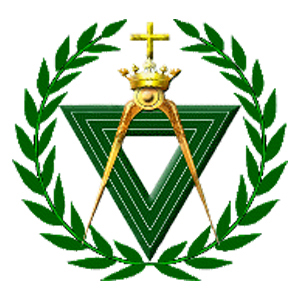 The Allied Masonic Degrees, like the Masonic Rosicrucian’s (SRICF), is an organization based on interest and ability in Masonic research and scholarship. Membership is by invitation and is open to Companions who have completed the Chapter degrees. The local bodies are styled “Councils”, and the national supervisory body is the Grand Council. Councils are presided over by a Sovereign Master, who is assisted by eight other officers. The structure and office titles of the Council are very similar to corresponding offices and ritual in the Blue Lodge. The maximum number of active members of any Council is limited to 27. Some Councils are very selective, and in some cases, only two invitees per year are selected. Papers and discussions of Masonic and related topics are typically held at Council meetings. The AMD controls 10 degrees, but which ones (if any) are actually “worked” is decided by each Council for itself.

Upon joining, the candidate is given a preliminary lecture on the history, aims, and purposes of the AMD, then introduced into the Council room, takes a “blanket” obligation, and is taught the necessary signs. This is sufficient to make him a member of the AMD. The insignia of a Brother of the AMD is shown at left. Any degrees that are conferred follow the obligation ceremony

DEGREES CONTROLLED BY THE AMD

St. Lawrence the Martyr
The candidate is requested to undergo a signal test of his courage, after which he is obligated, instructed in the history of St. Lawrence, and given the signs and words of the degree. Also explained are the significance of the gridiron and hackle, the special symbols of the degree.

Secret Monitor
This degree typifies the beauties of brotherly love, as exemplified in the example of David and Jonathan. It is based on their story and is semi-dramatic in character. The candidate receives an obligation, signs, and words and a lecture relating to the degree. The special symbol is the arrow.

Royal Ark Mariner
This degree is set in the time of Noah and his sons, and relates events prior to, during, and after the Flood. The degree is interesting because much of it is set in unrhymed meter, and because axes are used in place of gavels and undressed aprons for lambskin ones. The candidate receives the customary obligation, signs, words and a lecture. The lesson taught is one of trusting in God’s goodness and mercy. Earlier in AMD history, separate Lodges of Royal Ark Mariners were attached, or “moored”, to a particular Council, but this is no longer practiced.

Knight of Constantinople
This degree teaches the important lessons of humility and equality. It is set in the time of the Emperor Constantine, in the city of Constantinople. Two haughty Roman nobles learn the lessons previously cited in a most striking manner. Again, an obligation is administered and signs, word, and a lecture given.

Grand Tilers of Solomon
This degree bears a close affinity to the Select Master Degree of the York Rite Council. Like the latter, it is set in a subterranean vault and relates the story of an unwitting intruder into a secret council. The degree teaches that all Masons must be effective tilers and guard their Lodges against the unworthy and the irreligious.

Excellent Master
This degree is somewhat reminiscent of the Royal Arch Degree and Illustrious Order of the Red Cross. The candidate represents a Jewish sojourner freed from Babylonian captivity, who desires to return to Jerusalem and labor on the new Temple. He passes four veils in order to gain admission to the Sanhedrin sitting in Council.

Master of Tyre
This degree has three sections. The first takes place in the court of Hiram, King of Tyre who agrees to assist Solomon in building his Temple by sending men, materials, and Hiram Abiff. The second section takes place in a quarry near Jerusalem and involves Craftsmen discussing a conspiracy. The third section occurs back in Hiram’s court at Tyre, where in memory of the deceased Chief Architect this degree is instituted as a memorial. There are several lectures throughout the course of the degree.

Architect
In this degree, the candidate states his abhorrence of the crime against GMHA, and is asked to participate in a memorial to the Chief Architect. After being obligated, he receives two catechisms.

Superintendent
This degree concludes the trilogy of Architect, Grand Architect, and Superintendant. Now, Moabon (the candidate) is elevated to the exalted station of Chief Architect (or Superintendent) to replace the one lost to treachery. He assumes an obligation, and is given a catechism on the furniture and adornment of the Temple.