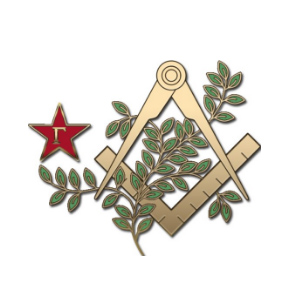 The first Mixed Lodge was founded in 1926, under the aegis of The International Mixed Freemasonic Order Le Droit Humain, that resides in Paris. In 1996, the General Assembly of the Order unanimously voted its re-establishment under the separate name of “DELPHI”.

Today, it exists and functions by law as an independent and self-governing entity, it follows the Great Freemasonic Constitution of 1786, according to the Ancient and Accepted Scottish Rite.

A newly founded DELPHI International Mixed Order, which is as an independent, self-governing and sovereign entity founded to express the vision of its founders in the matters of unhindered, effective and creative action in the intellectual, social and international field, and especially by the activation of its members so that they may pass the torch of the Freemasonic Ideal to all the world.

Some of its principals include the belief that Freemasonry is a Universal institution originating from itself, derived from Reason and its objective is the search for Truth, choosing freely religious and political beliefs that Philosophy and Science are an essential value that advances the evolution of modern men and women.

They accept the Absolute Freedom of Consciousness and the absolute Tolerance, respecting any creed or dogma, and they regard the Universal Freemasonic Tradition as the source from which we derive moral values and the route that leads to Self-understanding.

More on the International Freemasonic Order Delphi on the web.