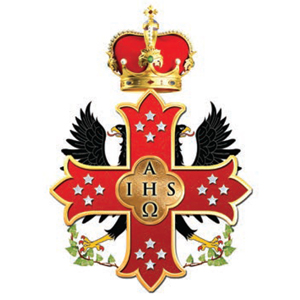 The Order of The Red Cross Of Constantine is an invitational organization and is considered by many to be the highest honor that can be awarded within York Rite Masonry. The membership of each Conclave is limited.

An individual must have demonstrated a high level of dedication and performance in his Masonic activities, be proposed for membership by a member knight, and pass a unanimous ballot.

The governing body is the United Grand Imperial Council of the Knights of the Red Cross of Constantine and Appendant Orders for the United States of America, Mexico, and the Philippines.

The Order of Knighthood is based upon Trinitarian Christianity and was traditionally founded by Constantine the Great after the Battle of Saxa Rubra in 312 A.D. While no direct connection can be made with that legendary Order, the principles and attributes have been carried over into modern Freemasonry.

Sovereign bodies of the Red Cross of Constantine exist in other countries of the world.

More on the web: Red Cross of Constantine