You are here: Home / What Is Freemasonry? / Family of Freemasonry / The Honorable Order of American Co-Masonry 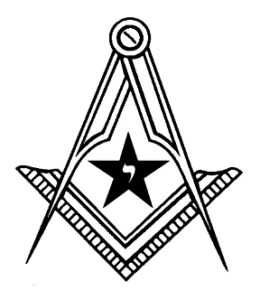 Co-Masonry professes no dogma. Instead, its purpose is to search for Truth. In Lodges, discussions and debates on social, philosophical, or religious questions have no other purpose than the intellectual enlightenment of its members, and thus enabling them to reach for a greater understanding of themselves and Humanity, all in the pursuit of fulfilling their duties as Freemasons.

American Co-Masonry, an independent Masonic Obedience, has not created a new Rite. That which distinguishes it from other existing Obedience’s is that, instead of admitting men only to its ranks, it admits women on an equal footing. It proclaims equal rights for both sexes and absolute liberty of conscience; and it demands, in order to secure to everyone unlimited freedom in the search for truth, the utmost tolerance from all members. It avoids political and religious discussions wherever these cannot be carried on with the requisite tolerance and moderation; it welcomes everyone who is free and of good report, whatever may be his convictions in matters of religion, philosophy or politics.

American Co-Masonry seeks to destroy ignorance under whatever form, and its program may be explained as follows:

From the first to the last, to whatever degree the aspirant may desire to be admitted, the first condition to be fulfilled is to have a reputation of unsullied honor and probity.

Members of the Order owe to each other help and support in all circumstances and conditions of life.

To think high, to speak truth, to do well, to be tolerant to others, to search after truth, to practice liberty under law, fraternal equality, justice and solidarity, are the duties which the Supreme Council of American Co-Masonry, prescribes for its members seeking to build to the Glory of the Great Architect of the Universe, to the perfection of Humanity, and to the service of the Head of All True Freemasons, the true Masonic Temple open to both men and women.

More on American Co-Masonry on the web.

END_OF_DOCUMENT_TOKEN_TO_BE_REPLACED

Raised to a Master Mason in 1908, at Harmony Lodge No. 17 in Washington, DC, Carl H. Claudy  served as the Master and eventually as Grand Master of Masons … END_OF_DOCUMENT_TOKEN_TO_BE_REPLACED

In this final installment of the Faith Hope and Charity series, we consider the symbolism of charity, or perhaps better called love. It is this attribute that … END_OF_DOCUMENT_TOKEN_TO_BE_REPLACED

In this installment of the Symbols and Symbolism of Freemasonry, we examine the text of Albert Mackey's Encyclopedia of Freemasonry on the symbolism of … END_OF_DOCUMENT_TOKEN_TO_BE_REPLACED

In this installment of the Symbols and Symbolism of Freemasonry, we consider a reading of Albert Mackey's text on the subject of Faith as it pertains to … END_OF_DOCUMENT_TOKEN_TO_BE_REPLACED