You are here: Home / What Is Freemasonry? / Family of Freemasonry / White Shrine of Jerusalem 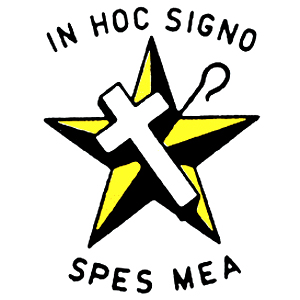 The White Shrine is a not-for-profit body organized under a charter of incorporation dated October 23, 1894, and recorded in the office of Recorder of the State of Illinois on June 18, 1895. It is an international organization with Shrines throughout the United States and Canada.

Membership in the Order of the White Shrine of Jerusalem consists of ladies who have a relationship through birth, marriage or legal adoption to a Master Mason in good standing or who was in good standing at the time of his death in some regular Masonic Lodge, as well as members either active for three years or majority of the International Order of Rainbow for Girls or Job’s Daughters International who have attained the age of eighteen (18) years of age. Petitions for membership, based on Rainbow or Job’s Daughters membership, shall include a recommendation signed by a Master Mason in Good Standing

The term “White” is not a racial delineation, but rather refers to the purity of the life of Jesus Christ. Neither is this body connected to the Ancient Arabic Order of the Mystic Noble Shrine (AAOMNS) to which some Master Masons (Shriners) belong.

The aim of the White Shrine is to bring together men and women of high moral and social character to share their desire to spread the Gospel, aid and assist those less fortunate, and create enjoyable experiences for themselves. Its three principal areas of character building are: Spirituality, Charity, and Fraternity

To join, one may obtain a petition from a friend or acquaintance or the Worthy Scribe of a Subordinate Shrine.

More on the web at White Shrine of Jerusalem.

END_OF_DOCUMENT_TOKEN_TO_BE_REPLACED

Raised to a Master Mason in 1908, at Harmony Lodge No. 17 in Washington, DC, Carl H. Claudy  served as the Master and eventually as Grand Master of Masons … END_OF_DOCUMENT_TOKEN_TO_BE_REPLACED

In this final installment of the Faith Hope and Charity series, we consider the symbolism of charity, or perhaps better called love. It is this attribute that … END_OF_DOCUMENT_TOKEN_TO_BE_REPLACED

In this installment of the Symbols and Symbolism of Freemasonry, we examine the text of Albert Mackey's Encyclopedia of Freemasonry on the symbolism of … END_OF_DOCUMENT_TOKEN_TO_BE_REPLACED

In this installment of the Symbols and Symbolism of Freemasonry, we consider a reading of Albert Mackey's text on the subject of Faith as it pertains to … END_OF_DOCUMENT_TOKEN_TO_BE_REPLACED