You are here: Home / The Bee Hive / Georgia Black Mainstream Mason Is Black Balled Again For The Second Time In His Masonic Journey

Sometimes lightening strikes twice – to the same spot. When it does you know that either God is in control or the fix is in. In the case of Gate City Lodge #2, Atlanta, Georgia it is definitely the latter.

You might remember the articles The Beehive published in 2009 –   My Brother’s Keeper, Open Racism in Georgia Freemasonry and Georgia: Not Such A Peachy Masonic State describing the machinations that the Grand Lodge of Georgia went through to try to keep out a Black African-American.  His name was Victor Marshall and he was raised to the sublime degree of Master Mason by Gate City Lodge #2, after which the Worshipful Master  was brought up on charges –  of “allowing a non-white man to join Freemasonry” –   that were approved by the Grand Master. 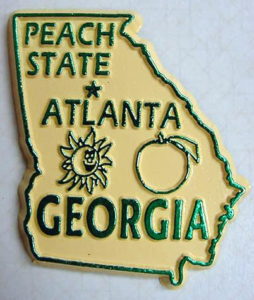 Since no Black Man had been initiated in Georgia Freemasonry in 275 years, the charges were interpreted that “Ancient Lights” of the Grand Lodge of Georgia prohibited Black Men from becoming F & AM.  The charges called for the Worshipful Master to be expelled and the Lodge to lose its Charter.   Mortified by this blatantly evil and certainly illegal affront to the Lodge, and having had first-hand experience with “Masonic Justice”, David Johnston and David Llewellyn, members of Gate City Lodge No. 2 and attorneys, filed for an injunction in civil court against the Grand Lodge of Georgia.  . Oooppps – The Grand Lodge never thought the public would find that out.  When they did and the resulted outcry reached a clamor of disdain as the story spread throughout the nation, the plaintiffs in the case revoked their charges and the Grand Lodge of Georgia ultimately backed down deciding that was one battle they could not win.

They say by doing that one lives to fight another day. And that other day has arrived. Victor Marshall and Zeithlin Waters from Gate City Lodge #2, both Raised on the same night and having studied their catechisms together, submitted applications to the Atlanta Scottish Rite Body. Now the first thing that you have to understand about the story that will unfold here is that it is SOP to ballot on an entire class with one ballot for all. And so on November of 2010 the entire class of applications including Marshall and Waters was balloted upon. One or more black balls were cast on the first ballot.  Then and only then was an individual ballot cast for each applicant one at a time. Marshall and Waters were the last two to be voted on and both were blackballed. All others were approved. No comments were made on the ballot and the two Brothers were informed that their applications were not approved and that it would be six months before they could reapply.

In March of 2011 a called Communication of the Scottish Rite Valley of Atlanta was held for the purpose of balloting on a new class. This class did not include Marshall & Waters for they were still waiting out their 6 months to reapply. As was the custom the entire class was balloted upon with one ballot. On the first ballot one or more black balls were cast.  Each petition was then read individually and subsequently black balled. The whispered speculation was that Gate City Lodge members or sympathizers were striking back for the black balling of Marshall and Waters. The Personal Representative to the Grand Master rose to say how ashamed he was to be a Mason that night – thus commenting on a ballot which is actually unmasonic and a chargeable offense.

On April of 2011 at a stated meeting of the Scottish Rite Valley of Atlanta was held with business being among other things balloting on candidates once again. This vote was taken on a few new petitions as well as all of the candidates black balled in March. Again Marshall and Waters were not included. On the first ballot for the entire class one or more black balls were cast. The individual petitions were then read and balloted upon.  Each petition was rejected (black balled).

The SGIG arose to speak castigating any who would use the ballot for retribution and declaring how ashamed he was of the way this process had worked out. He went on to say that whoever threw the cubes was suffering from a mental illness.  He declared the ballot null and void and then took the unprecedented action of healing the ballot declaring all petitions granted.  He also ordered the black balls expunged from the personal records of those who received them.

On October of 2011 a called Communication of The Scottish Rite Valley of Atlanta was held for the purpose of voting on petitions. For this called meeting a limited number of summonses had been sent out. Not everybody was called to this meeting.  This was a new class of 30 with Marshall and Waters added.  It had been almost a year since they had been black balled.  They could not get into the spring class of 2011 as not quite six months had lapsed since they had been black balled.  They had waited their 6 months and reapplied.   Before the vote, the SGIG advised all called to vote their conscience. But this time around the voting would not operate in the usual manner.  The entire class would not be balloted upon en masse as was the custom. Right from the start each candidate would be balloted upon individually, and Marshall and Waters were ballots number 29 and 30, the last two.  In the hour and a half that ensued, twenty eight candidates were approved but the 29th and 30th, Marshall and Waters, were blackballed. Once again the SGIG rose to thank all who participated for voting their conscience.  But he did not heal Marshall and Waters as he had done with the class of April 2011. He did not ask that the black balls be expunged from their Masonic records either.

This is where you can say the fix is in. The very actions of the leadership involved in this process leads to that conclusion. The SGIG and The Personal Representative to the Grand Master were only ashamed of any black balling when it did not involve Marshall and Waters. Comments were made by those in power after the balloting process in the 2nd and 3rd cases but not in the 1st and 4th when Marshall and Waters were being considered. The rules or the customary methods of procedure were changed at the leadership’s whim. The SGIG could heal an entire class but he couldn’t heal just two others.  He could heal a whole class in one month not making them wait 6 months to be voted on again but he wouldn’t extend that privilege to Marshall and Waters. In both instances where candidates were voted on individually Marshall and Waters were always the last two to be balloted upon.

Of further note, the crowd at the ballot box swelled when Waters and Marshall’s petitions were being voted upon.  Yet, during the two votes when entire classes were being cubed, there was an instance where a Grand Lodge of Georgia Officer stopped an entire line of voters from proceeding by refusing to move forward to cast his ballot.   At one point, only three people, other than Scottish Rite Officers, were voting.

Georgia Mainstream Freemasons think they have won the second battle, round two. But they thought the same way in the first round before the publicity forced them to retreat. Here we are again fighting the same fight and calling upon all Masons nationwide to put pressure upon The Scottish Rite, Southern Jurisdiction to act in a Masonic manner, put an end to such shenanigans and heal Marshall and Waters without further comment. If we did it once we can do it again.  The ball is in your court, Brother.

END_OF_DOCUMENT_TOKEN_TO_BE_REPLACED

Raised to a Master Mason in 1908, at Harmony Lodge No. 17 in Washington, DC, Carl H. Claudy  served as the Master and eventually as Grand Master of Masons … END_OF_DOCUMENT_TOKEN_TO_BE_REPLACED

In this final installment of the Faith Hope and Charity series, we consider the symbolism of charity, or perhaps better called love. It is this attribute that … END_OF_DOCUMENT_TOKEN_TO_BE_REPLACED

In this installment of the Symbols and Symbolism of Freemasonry, we examine the text of Albert Mackey's Encyclopedia of Freemasonry on the symbolism of … END_OF_DOCUMENT_TOKEN_TO_BE_REPLACED

In this installment of the Symbols and Symbolism of Freemasonry, we consider a reading of Albert Mackey's text on the subject of Faith as it pertains to … END_OF_DOCUMENT_TOKEN_TO_BE_REPLACED