You are here: Home / Education / Anti-Freemasonry 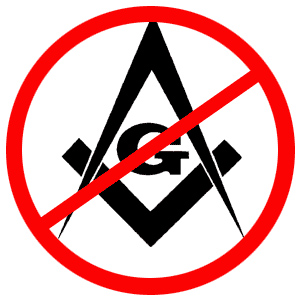 This section of Anti-Masonry, or Masonicphobia, is a journey through the arguments made against the Fraternity of Freemasonry.  Seldom do the arguments come from the secular sector, but from the religious ones.

As such, it is difficult to not present it in a way that does not take on a religious inflection, that it is not a religious argument.  But, those who have taken the mantle of moral and religious “right”, have taken the argument to Freemasonry in declaring that it is improper for their way of thinking.  Either way, it comes down to each organizations definition of what is, or is not, proper within their faith.

So, without trying to interpret what these various groups and organizations have to say, we will let their links and material speak for itself.

An excellent primer for this section is the Short Talk Bulletin from 1949:

Why Freemasonry Has Enemies

Web-sites that specifically target Freemasonry, many with the agenda of vilifying the fraternity for their own political, social, religious, or personal reasons. Take them with a grain of salt as they believe what they write..

An interesting collection of sites, specifically writing about Freemasonry as world domination focused cabal, with hands in every world government and business. Remarkable are the parallels between the Protestant camp and the Islamics in their views of Freemasonry.