You are here: Home / Education / Books / The Symbolism of Freemasonry / III – The Noachidae 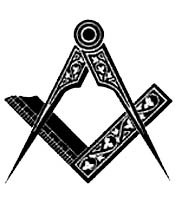 I proceed, then, to inquire into the historical origin of Freemasonry, as a necessary introduction to any inquiry into the character of its symbolism. To do this, with any expectation of rendering justice to the subject, it is evident that I shall have to take my point of departure at a very remote era. I shall, however, review the early and antecedent history of the institution with as much brevity as a distinct understanding of the subject will admit.

Passing over all that is within the antediluvian history of the world, as something that exerted, so far as our subject is concerned, no influence on the new world which sprang forth from the ruins of the old, we find, soon after the cataclysm, the immediate descendants of Noah in the possession of at least two religious truths, which they received from their common father, and which he must have derived from the line of patriarchs who preceded him. These truths were the doctrine of the existence of a Supreme Intelligence, the Creator, Preserver, and Ruler of the Universe, and, as a necessary corollary, the belief in the immortality of the soul[1], which, as an emanation from that primal cause, was to be distinguished, by a future and eternal life, from the vile and perishable dust which forms its earthly tabernacle.

The assertion that these doctrines were known to and recognized by Noah will not appear as an assumption to the believer in divine revelation. But any philosophic mind must, I conceive, come to the same conclusion, independently of any other authority than that of reason.

The religious sentiment, so far, at least, as it relates to the belief in the existence of God, appears to be in some sense innate, or instinctive, and consequently universal in the human mind[2]. There is no record of any nation, however intellectually and morally debased, that has not given some evidence of a tendency to such belief. The sentiment may be perverted, the idea may be grossly corrupted, but it is nevertheless there, and shows the source whence it sprang[3].

Even in the most debased forms of fetishism, where the negro kneels in reverential awe before the shrine of some uncouth and misshapen idol, which his own hands, perhaps, have made, the act of adoration, degrading as the object may be, is nevertheless an acknowledgment of the longing need of the worshiper to throw himself upon the support of some unknown power higher than his own sphere. And this unknown power, be it what it may, is to him a God.[4]

But just as universal has been the belief in the immortality of the soul. This arises from the same longing in man for the infinite; and although, like the former doctrine, it has been perverted and corrupted, there exists among all nations a tendency to its acknowledgment. Every people, from the remotest times, have wandered involuntarily into the ideal of another world, and sought to find a place for their departed spirits. The deification of the dead, man-worship, or hero-worship, the next development of the religious idea after fetishism, was simply an acknowledgment of the belief in a future life; for the dead could not have been deified unless after death they had continued to live. The adoration of a putrid carcass would have been a form of fetishism lower and more degrading than any that has been discovered.

But man-worship came after fetishism. It was a higher development of the religious sentiment, and included a possible hope for, if not a positive belief in, a future life.

Reason, then, as well as revelation, leads us irresistibly to the conclusion that these two doctrines prevailed among the descendants of Noah, immediately after the deluge. They were believed, too, in all their purity and integrity, because they were derived from the highest and purest source.

These are the doctrines which still constitute the creed of Freemasonry; and hence one of the names bestowed upon the Freemasons from the earliest times was that of the “Noachidae” or “Noachites” that is to say, the descendants of Noah, and the transmitters of his religious dogmas.

Previous – II – Preliminary
Next – IV – The Primitive Freemasonry of Antiquity

END_OF_DOCUMENT_TOKEN_TO_BE_REPLACED

Raised to a Master Mason in 1908, at Harmony Lodge No. 17 in Washington, DC, Carl H. Claudy  served as the Master and eventually as Grand Master of Masons … END_OF_DOCUMENT_TOKEN_TO_BE_REPLACED

In this final installment of the Faith Hope and Charity series, we consider the symbolism of charity, or perhaps better called love. It is this attribute that … END_OF_DOCUMENT_TOKEN_TO_BE_REPLACED

In this installment of the Symbols and Symbolism of Freemasonry, we examine the text of Albert Mackey's Encyclopedia of Freemasonry on the symbolism of … END_OF_DOCUMENT_TOKEN_TO_BE_REPLACED

In this installment of the Symbols and Symbolism of Freemasonry, we consider a reading of Albert Mackey's text on the subject of Faith as it pertains to … END_OF_DOCUMENT_TOKEN_TO_BE_REPLACED