December 27th is Saint John the Evangelist day, which is the 2nd feast day in the year to celebrate the Holy Saints John. The placement of the holiday also marks the winter solstice, which is directly opposite Saint John the Baptist’s day at the summer solstice in June making a notable completion in the cycle of the solar year. The actual dates are slightly off, but you get the symbolism. But why John the Evangelist, and what about him represents the counter balance of John the Baptist, the opposite pillar of the point within the circle? For those who forget, the point within the circle is the Masonic symbol that all men are said to endeavor to emulate in their physical and spiritual being. It essentially is the balancing ones desires and passions in the pursuit
of knowledge.

Some months back I published a piece on the Holy Saints John, the two paired saints representing zeal and equilibrium on the sides of the circle:

Saint John the Baptist, represented as the inverted pyramid, the Alchemical sign for water, representing the spiritual and emotional love. St. John the Evangelist, represented as the pyramid pointing up symbolizing fire that is the drive and will of action. When placed together, they symbolize the perfect balance of darkness and light, life and death, passion and constraint, will and emotion, winter and summer. Together both represent the interlocked star of Solomon, or the Square and Compass.

So who was John the Evangelist? Known for several things he was most notably as the only disciple of Christ to not to forsake the him in the hour of His Passion at the foot of the cross and he was the first to reach the tomb; when he met the risen Lord at the lake of Tiberius, where he was the first to recognize Him. Also, he is also attributed as the writer of the Epistles of John, and the book of Revelation. His feast day is said to have first been mentioned in the Sacramentary of Pope Adrian I near 772 A.D.

The Evangelist is also called the Apostle of Charity, which may be in part, his connection to Freemasonry. Or perhaps it is his unwavering resolve and purity for his love of the divine. The message to take from John the Evangelist is to “Apply thyself, therefore, to purity of heart, and thou shalt be like Saint John, a beloved disciple of Jesus, and shalt be filled with heavenly wisdom.” The feast is little remembered today, except in passing by a few lodges that gather together to celebrate it. It was once a high feast day for Freemasonry because of its proximity to the holidays and the presence of lodge members being close to home. It gave them a festival to meet under to punctuate the closing of the year. Meeting like this though is something not so convenient in this modern day as everyone travels abroad for the holiday. I belong to just one such club who is actually meeting the night before the feast, where we will definitely venerate the meeting and its symbolic importance. 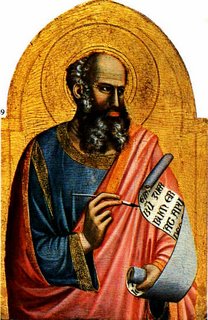 So the days following Christmas, pause for a moment to reflect and remember the feast day of Saint John the Evangelist, that pillar on the opposite side of John the Baptist balancing that circumscribed point within a circle.

END_OF_DOCUMENT_TOKEN_TO_BE_REPLACED

Raised to a Master Mason in 1908, at Harmony Lodge No. 17 in Washington, DC, Carl H. Claudy  served as the Master and eventually as Grand Master of Masons … END_OF_DOCUMENT_TOKEN_TO_BE_REPLACED

In this final installment of the Faith Hope and Charity series, we consider the symbolism of charity, or perhaps better called love. It is this attribute that … END_OF_DOCUMENT_TOKEN_TO_BE_REPLACED

In this installment of the Symbols and Symbolism of Freemasonry, we examine the text of Albert Mackey's Encyclopedia of Freemasonry on the symbolism of … END_OF_DOCUMENT_TOKEN_TO_BE_REPLACED

In this installment of the Symbols and Symbolism of Freemasonry, we consider a reading of Albert Mackey's text on the subject of Faith as it pertains to … END_OF_DOCUMENT_TOKEN_TO_BE_REPLACED