You are here: Home / Featured / 33 and Beyond – the Royal Art of Freemasonry 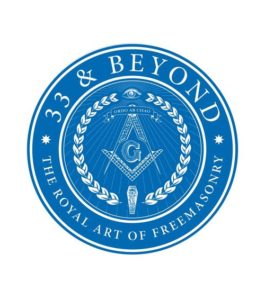 Johnny Royal, through TriCoast Worldwide, will release a new documentary this Friday, October 13, 2017, that’s set to be the world’s first documentary about the Freemasons made by Freemasons. 33 & Beyond, the Royal Art of Freemasonry is touted as a film that examines the structure of the American Masonic system. On the eve of the films debut, premiering at the Masonic Theater in the Grand Lodge of California in San Francisco,

I had the opportunity to talk to the the director of the work, Johnny Royal, and try to catch a glimpse of the Royal Art before it hits the big screen.

Haven’t heard of the film? You can catch a preview of it here:

33& Beyond: The Royal Art Of Freemasonry Trailer from TriCoast Studios on Vimeo.

Masonic Traveler (MT): Johnny, thanks for taking the time for this.

Johnny Royal (JR): My pleasure. Thank you for your time.

MT: Let me start right into the thick of it, why did Johnny Royal make this movie about Freemasonry?

JR: In 2010, as I was going through the rituals of the Blue Lodge degrees, I felt a calling to share the depth of the emotional experience I had while going through the work. My dad died when I was 14 and I searched for answers and until I encountered Freemasonry, I was looking for answers on spirituality. The film is the hero’s quest and is a love letter to our fraternity.

MT: Reading some of the different blurbs on the film, it seems the final work took some time to emerge, seven years as the release tells it. I’m curious how the story you wanted to tell evolved over that time. Did it move in ways you hadn’t anticipated?

JR: When we finally finished filming we had over 140 hours of footage. One of the main reasons the film took so long was because I really didn’t understand what the story was until I studied all of the footage. I began to understand that there was an alchemical thread which ran through all of the dialogue. The more I understood this, the more I began to shift my story which added 3 years in post of editing, coloring, etc.

MT: Does the film end where you thought it would when you started the project?

JR: Not at all. It turned into a masterpiece and exceeded every expectation I had. In particular, using my own life experiences to create the umbrella of the story arc.

MT: For the title, you use 33 and Beyond. I have to ask, how does that play into the themes of the film.

JR: This movie covers the American Masonic system so we go through the Blue Lodge up through the 33rd degree and all of the York Rite bodies which constitutes the name of the movie.

JR: The idea of the hero’s quest in the film aligns with the thinking of Joseph Campbell. In Masonic rituals we have all of these characters who represent heros and villains. This leads to the idea that we have the individual ability to either be the hero or villain in our daily lives.

MT: Who do you see as the audience for 33 and Beyond? Is it approachable by masons and non-masons alike?

JR: The audience is both public and Masonic alike.

MT: With the premier taking place this weekend in San Francisco, are their upcoming dates that readers can catch the film release in the coming weeks?

JR: We just launched the pre-orders for the Blu-Ray and DVD at www.TheRoyalArtMovie.com and will follow up with a full theatrical schedule.

MT: Any chance 33 and Beyond will make it to the digital streaming platforms for the wide audience?

You can catch the red carpet premiere at The Grand Lodge of California in San Francisco and participate in an exclusive Q&A with featured Masons from the film as they answer questions and explore the Masonic tradition.

To get tickets for the October 13 premier, and find more information, visit: https://www.eventbrite.com/e/the-royal-art-of-freemasonry-tickets-37676125305.

To preorder your DVD copy of the film, visit: The Royal Art Movie website.

Want more, read the press release from SFGate on about the World Premiere of The Royal Art of Freemasonry Documentary.

END_OF_DOCUMENT_TOKEN_TO_BE_REPLACED

In this installment of the Symbols and Symbolism of Freemasonry, we consider a vital emblem of Freemasonry, the compass or compasses. Albert G. Mackey, in his … END_OF_DOCUMENT_TOKEN_TO_BE_REPLACED

Raised to a Master Mason in 1908, at Harmony Lodge No. 17 in Washington, DC, Carl H. Claudy  served as the Master and eventually as Grand Master of Masons … END_OF_DOCUMENT_TOKEN_TO_BE_REPLACED

In this final installment of the Faith Hope and Charity series, we consider the symbolism of charity, or perhaps better called love. It is this attribute that … END_OF_DOCUMENT_TOKEN_TO_BE_REPLACED

In this installment of the Symbols and Symbolism of Freemasonry, we examine the text of Albert Mackey's Encyclopedia of Freemasonry on the symbolism of … END_OF_DOCUMENT_TOKEN_TO_BE_REPLACED