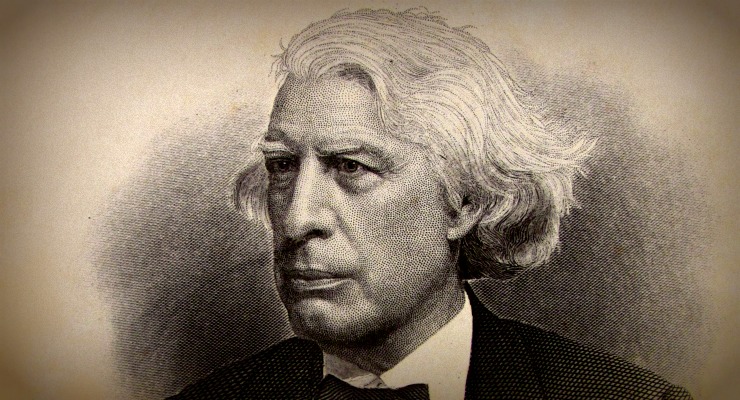 In Masonic circles, few names carry the weight that comes with the eminent that of Albert Gallatin Mackey. Mostly known as a Masonic historian, author, and scholar, Mackey was also an educator and a medical doctor prior to his lifting the Masonic pen. Yet, this great accomplishments are eclipsed in the shadow of two of his biggest achievements in collecting and publishing Masonic wisdom and knowledge in his magnum opus, the Encyclopedia of Freemasonry, in 1873, and through his Masonic periodical works including The Southern and Western Masonic Miscellany — a project he maintained at his own expense, in 1852. Although Mackey’s life work centered on Freemasonry, it didn’t start out that way — beginning with much simpler objective that would come to fuel his passion for chronicling the world of Freemasonry.

Born on March 12, 1807, in Charleston, South Carolina, a young Albert Mackey began his working career as an educator. Once through his studies, Mackey worked as a teacher to earn the resources necessary to attend medical school. Upon completion, Mackey returned to Charleston to begin his life. After twenty years of practicing medicine (1834-1854), he left the profession in order to become a full-time author writing about a variety of subjects but in particular about the Middle Ages, language, and Freemasonry. 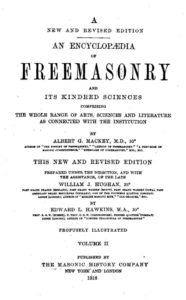 An Encyclopedia of Freemasonry, 1916

Mackey was initiated into Saint Andrews Lodge No. 10 in Charleston, South Carolina in 1841 where he moved through the lodge chairs. Mackey went on to associate with Solomon’s Lodge, No. 1, in Charleston where, 1842, he was elected “Worshipful Master.” He then held the position of Grand Secretary from 1842 until 1867. Albert Mackey went on to hold numerous positions and to be affiliated with numerous other Masonic Lodges.

In the time that he was affiliated with Freemasonry, Mackey produced many different works about the fraternity. His first Masonic piece, A Lexicon of Freemasonry, was published in 1845. He then wrote The Mystic Tie in 1851, History of Freemasonry in South Carolina in 1861 and, in 1874, the opus he is most known for, the Encyclopedia of Freemasonry. At different intervals, Mackey edited the Western Masonic Miscellany (1849-54), the Masonic Quarterly Review (1857-58), the American Freemason (1859-60), Mackey’s National Freemason (1871-74) and the Voice of Freemasonry (1875-79). Said of Mackey and his work to encapsulate the Masonic landmarks:

…his reduction to writing of twenty-five principles of Masonic law, whether or no they are all true landmarks, was a feat of no mean proportions. His list gave other Masonic thinkers a solid foundation from which to take off on expeditions into what was then an unexplored Masonic field. (read more of variations of the landmarks under Masonic Symbols)

After a long and illustrious career, Albert Gallatin Mackey passed away in Fortress Monroe, Virginia, on June 21, 1881. Said before the Supreme Council for the Southern Jurisdiction by Past Georgia Grand Master Henry Buist at Mackey’s eulogy:

He was a fearless and gifted speaker; his language was courteous and manner dignified; and occasionally, in his earnestness to maintain what he conceived to be right, he became animated and eloquent. Positive in his convictions, he was bold in their advocacy. His course of action once determined on, supported by an approving conscience no fear or disfavor or discomfiture could swerve him from his fixed purpose. Whatever was the emergency, he was always equal to it. Where others doubted. he was confident; where others faltered, he was immovable; where others queried, he affirmed. He was faithful to every public and Masonic duty. Treachery found no place in his character. He never betrayed a trust. He was eminently sincere and loyal to his friends, and those who were most intimately associated with him learned to appreciate him the most. He was generous and frank in his impulses, and cherished malice toward none, and charity for all. His monument is in the hearts of those who knew him longest and best. He is no longer of this earth. His work among men is ended; his earthly record is complete.

In 2001, the Scottish Rite Research Society established the Albert Gallatin Mackey Award for Lifetime Achievement and Excellence in Masonic Scholarship. The lifetime achievement award is given to individuals whose works have received longstanding universal recognition by Masonic scholars and the excellence in Masonic scholarship is presented to individuals whose original works published by the society are distinguished by their superior achievement.

Today you can find the tomb of Albert Gallatin Mackey at Glenwood Cemetery in Washington D.C.

Works by (and with) Albert Gallatin Mackey: