You are here: Home / Masonic Traveler / An injury to one is an injury to all

On Saturday, August 4th, Grand Master Jerry Sears of the Mt Olive Grand Lodge Ancient York Masons was shot and killed in the front of the Grand Lodge building. His murder came just hours before the start of a convention of Masons that Sears himself had organized for his grand Lodge organization.

The first glimpse at the story comes from the Detroit Free Press whose headlines read Masonic leader fatally shot outside lodge in Detroit followed by a subsequent report Grand Master’s killing at Detroit lodge puzzles Masons.

It’s not likely that the story will be heard far beyond the few local outlets or the Masonic internet websites that have reported it (though several National news agencies have picked up the stories), not because Sears is an African American, but because the branch of Masonry that Sears had leadership over is considered by most (if not all of mainstream American Masonry) as ‘clandestine’, meaning its operation has not been chartered by the self declared only Grand Lodge of the state, in this instance the Grand Lodge of Michigan, located 128 miles from Detroit in Alma Michigan who themselves have their own elected Grand Master.

In the news story, it reports that Sears was “shot once in the neck shortly before 3:30 p.m. in front of the building in the 14800 block of Fenkell”  It was further reported that Sears was not robbed, nor was it known if he had has “cross words” with anyone prior to his murder.  The Mt Olive Grand Financial Secretary, Barry Short, was quoted as asking “Who could do such a heinous thing to such a nice person?  He would help everybody.”

Sadly, this crime went unseen as no witnesses have been found, nor any leads received.

The shooting did receive some local attention as reported on MyFox Detroit in a local story, a video from which you can see here.

Many miles away, further tragedy that will likely escape the eyes of most is a recent vandalism that occurred outside and on a “historic Masonic Lodge in North Portland.”  The vandalism, consisting of racial epithets, swastikas and lynching depictions, appeared some time in the night of August 6th on the Sons of Haiti Masonic Temple, an “unrecognized”, or clandestine, Masonic Lodge (an interesting history of which can be found on a Sons of Haiti website).  The Sons of Haiti are not under the jurisdiction of the declared Grand Lodge of Oregon which resides in Forest Grove, about 25 miles west of Portland.

Reported on Oregon Live, Racist graffiti found on wall of historic North Portland Masonic Lodge, the vandalism was directed against the “last remaining black-owned properties on [a] post-gentrified Mississippi Avenue” in Portland.  The lodge, owned by John Bryant, is reported as being the Most Worshipful St. Josephs Grand Lodge A.F.&A.M.  The lodge, responsible for many charitable activities including feeding the homeless and providing school supplies for those in need, is a local pillar of the community which makes a crime like this that much more heinous.

Yet, still it happened and with that sentiment of gentrification which comes on the heels of, as The Oregonian reports, an influx of young white people who in recent years have moved into the neighborhood.

Needless to say, locals have expressed shock at the vandalism questioning the crime as being very “un-Portland.”  Bryant, however, in a move to “make people aware of what’s happening” has opted to keep the vandalism up until this weekend when efforts will be made to remove it.

One local, on a Tumblr post, said in seeing the vandalism “what with all the greenery and Portlandia putting Portland in a happy-go-lucky, if not incredibly naive light, people tend to forget what lies beneath here. Portland is essentially a blue city in a redneck state, there is an incredible amount of underlying (when not made aggressively apparent) racism and bias running in the very veins of this place.”

Local media ran the story with images of the hate crime on KOIN 6 who rrported the story, Racist graffiti covers North Portland Masonic Lodge, where you can clearly see the vandalism perpetrated.

So what do these stories have to do with ‘Regular’ Freemasonry?

In both instances to those in the know, the lodges are clearly unaffiliated with the declared official Grand Lodge of the state, yet still seem to be operating at a level free and clear of the need to be recognized.  Further, both stories are not prefaced by saying that the lodges with which the crimes were committed were clandestine or unrecognized but as regular as any other Masonic Lodge.  Clearly, in both instances, the lodges were very recognized by the news media and likely to those who read, or saw, the report which was simply about the [Free] Masons and the crimes committed against them. 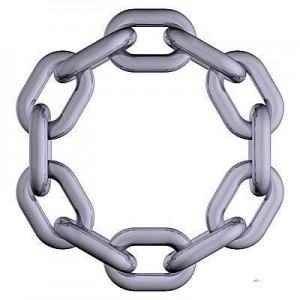 Hopefully, what these stories can convey is a sense of Brotherly Love and Affection for our fraternal family which exists beyond the fine print of recognition and lives at the very seat of our ideals.  With an ever diminishing social awareness, Masonry of any stripe will be Masonry to the rest of the world and not some small slice of a larger fraternal pie.  Internally, it should be seen that way too.

Collectively, we form a Masonic Chain of Union and what affects one within our ranks effects all of our ranks.

Indeed, our hearts go out to these Masonic organizations.  While the divide of recognition may put them at arms length from the so called regular lodges, their pain should be our pain and should bare the same sense of disgust and sympathy for the crimes made against the whole body of Freemasonry.

END_OF_DOCUMENT_TOKEN_TO_BE_REPLACED

Raised to a Master Mason in 1908, at Harmony Lodge No. 17 in Washington, DC, Carl H. Claudy  served as the Master and eventually as Grand Master of Masons … END_OF_DOCUMENT_TOKEN_TO_BE_REPLACED

In this final installment of the Faith Hope and Charity series, we consider the symbolism of charity, or perhaps better called love. It is this attribute that … END_OF_DOCUMENT_TOKEN_TO_BE_REPLACED

In this installment of the Symbols and Symbolism of Freemasonry, we examine the text of Albert Mackey's Encyclopedia of Freemasonry on the symbolism of … END_OF_DOCUMENT_TOKEN_TO_BE_REPLACED

In this installment of the Symbols and Symbolism of Freemasonry, we consider a reading of Albert Mackey's text on the subject of Faith as it pertains to … END_OF_DOCUMENT_TOKEN_TO_BE_REPLACED