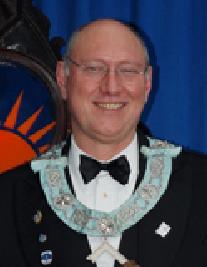 is a book that should be read by all Freemasons. The work, he says, strives to provide a deeper understanding of the hidden information at work behind the scenes of the rituals of Freemasonry. What makes this book different, the author claims, is that it looks beyond the literal veil to the hidden code that underlies each of the craft rituals and the truer meaning of its ceremonies. I talked recently with Robert about his book in hopes of catching a peek behind the veil.

Masonic Traveler (MT): Let’s start at the beginning. Who is Robert Lund?

Rob Lund (RL): I am a Past Master of Kilwinning Lodge #565 of Toronto, Ontario (Canada), and currently serve as Secretary. I have served as Chairman of the Toronto West District Education Committee for a number of years and served one year in the Grand Lodge Committee on Masonic Education. I am [the] editor of our Lodge newsletter and write at least one article for it every month. I also run our Lodge website.

I have written lectures on the esoteric meaning of our rituals and presented them numerous times throughout the district. I have also presented at one of the Ontario Masonic Education Conferences. I have had articles published in The Lightbearer, a magazine of the Canadian Theosophical Association.

MT: Do you belong to any other esoteric or initiate rites or bodies?

MT: How long have you studied Freemasonry?

RL: I’ve been a Mason for around ten years now. I always knew I would be a Mason since my early twenties but just never got around to pursuing it.

MT: What finally led you there?

RL: For the past forty years, I have been a seeker of truth: the truth behind religions (especially Christianity); the truth behind human origins, and the truth regarding our existence and purpose on earth. These interests go back to my teens. I’ve always felt that there is more to life, this world, and the universe than meets the eye and it’s only in the last decade that I started doing something about it. 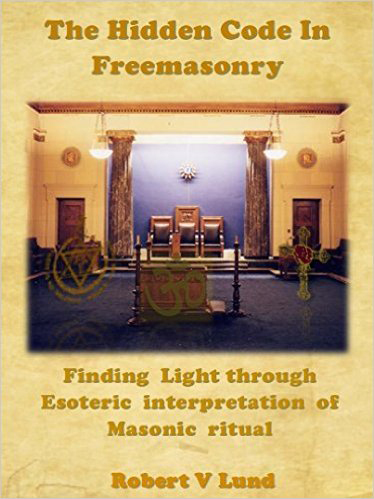 The Hidden Code in Freemasonry: Finding Light through esoteric interpretation of Masonic Ritual

MT: Tell us about your new book The Hidden Code in Freemasonry: Finding Light through esoteric interpretation of Masonic Ritual

RL: My book [The Hidden Code in Freemasonry] is a product of my Masonic, Rosicrucian, and Theosophical journeys and it ties them together. It shows how the composers of our Masonic ritual have embedded information taken from the esoteric mystery traditions and teachings perpetuated for thousands of years, to be discovered by those who have eyes to see, and to be acted upon in order to fulfill their purpose. The book provides the evidence of this hidden “code” and gives a detailed analysis of the three craft degrees showing what these hidden messages are and what they mean. And, since knowing is of little avail without action, the book makes suggestions for next steps.

MT: Interesting. What inspired you to put pen to paper (or finger to keys)?

RL: All through the three degrees, I was waiting for the “secrets and mysteries of Ancient Freemasonry” to be revealed to me. They never came. I was disappointed enough to consider leaving Freemasonry.

It was after reading certain Masonic authors such as Manley P Hall, JSM Ward, and more especially W. L. Wilmshurst, that I began to see the light. That’s when I started my own analysis of the craft degrees, using Rosicrucian and Theosophical teachings. My discoveries are what I want to share with all Masons because the underlying messages are very important to everyone.

MT: What was the hardest thing about writing it?

RL: Let me first tell you the easiest thing about writing this book: finding the material.

Over the years, as I learned things, I wrote articles and lectures and so the material was at hand. What was much harder was putting them together in a cohesive way in a structure that would make it readable. I had help from some of my Masonic Brethren which assisted in achieving this.

MT: I love the cover, is there any particular symbolism at work there?

RL: The cover photo is one of the many fine lodge rooms in the Detroit Masonic Center. I added the additional artwork.

The parchment background is to signify the contents being of ancient origins. The symbols signify the source of the knowledge (Theosophical, Rosicrucian, and Vedic).

RL: I am working on another book that deals more specifically with the symbols within Freemasonry and its rituals. However, this will not be ready for quite some time.

Thanks for this Robert. I can’t wait to read the book and I wish you the best for its success.

You can find a sample of Robert’s work by reading his article, Evidence of Hidden Meaning in Masonic Ritual. And, you can find his book, The Hidden Code in Freemasonry: Finding Light through esoteric interpretation of Masonic Ritual

, in print and as an epub on Amazon.

You can find more on Robert Lund on Facebook.