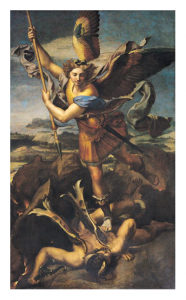 “Freemasonry considers all religions of the world as mere competitive attempts to know God, who remains unknowable. Consequently, to say that Christianity is the true religion would be unacceptable in Freemasonry,” the CBCP states, adding that the Masons promote relativism, meaning no one can claim to possess a truth in an absolute way, and deism or that man is no longer accountable to God and becomes the master of the world, so one cannot speak of divine providence or revelation.

This comes from a broader story in the Business World Weekender, out of Manila, Philippines, about the Clash of the two dogmas.

The Broader context of the story speaks to the recent rift between the Church and Freemasonry in the Philippines in the recent refusal to grant the late Quezon Governor Rafael Nantes, who because of his status as a Freemason and Born Again Christian, was denied a Catholic burial last May.

The events are singular and isolated, a Church official refusing to administer what he believed to a born-again Christian and a Mason who did not repent.

“Canon 1184 states, that Church funeral rites are to be denied to ‘notorious apostates, heretics and schismatics’ unless they showed some signs of repentance before death,” as reported and told by Bishop Emilio Marquez of Lucena to UCA News.

Any armchair scholar of Freemasonry is well aware of the divisions between the church, even up to as recent as Cardinal Ratzinger re-affirming the disdain towards the fraternity in Quaesitum est, approved by John Paul II in 1983.

Taking the edict several steps further, the Catholic Bishops’ Conference of the Philippines declared in 1990 that funeral rites will be denied to any Catholic who belonged to any Masonic association, unless there was some sign of repentance before death.

Is it worth making the argument against their position that: “Freemasonry considers all religions of the world as mere competitive attempts to know God, who remains unknowable” or does that sum up a good point of its outlook?

Does the absence of declaring a religion as absolute declare insist no one is, especially in a morally enlightened (and based) organization?