This event has been canceled – Follow the story about how the Fla. pastor will ‘not today, not ever’ burn Quran, from the Washington Post .

I want to start this with the question I finish this piece with: Are YOU ruled by your passions?

Dove World Outreach Center, a New Testament Church based in Gainesville Florida, is holding a Burn a Quran day on the 9th anniversary of the 9/11 attacks. The event is to be in remembrance of the fallen victims of 9/11 and to stand against the evil of Islam. The church’s maxim: Islam is of the devil! 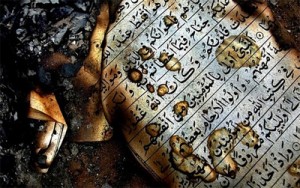 Akbar Ahmed, in ‘Burn Quran Day’ an outrage to Muslims a Special to CNN,
suggests that the event “has already caused alarm in the Muslim world, with the pre-eminent Sunni university, Al-Azhar in Cairo, Egypt, condemning it as “stirring up hate and discrimination.”

After a measure of looking at the website for the Dove World Outreach, at the heart of their action is a fear that the United States is falling to the influence of Islam (suggesting that Europe has already fallen), and that if we (Americans) do not stand up now Muslim’s will dominate government political office and ideology, eradicating what Pastor Terry Jones (author of the book Islam Is of the Devil

) says is an American Christian ideal.

This speaks to a broader notion of the America being founded on an Evangelical Christian premise (from the founding fathers up to present day), and if explored further is increasingly becoming a part of the political rhetoric behind the scenes in American government.

Each of these elements are a part of a greater whole, the building blocks that reach towards a pinnacle, an apex where the tipping point of is either balanced or overturned and a 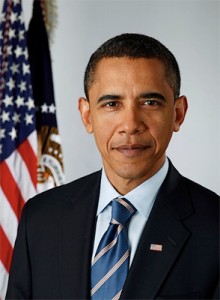 ideology takes hold. Even today, more Americans say Obama is a Muslim than they did when he took office, when clearly his religious affiliations were a part of the election rhetoric (remember Reverend Wright?).

Is this leading to a change in how we see religion in America?  Is it in an effort to change how Religion and politics interact (or at least shape public life)?  Or more specifically, in how we look at our relationship to Religion?  Is this a point in history when the notion of Religious Freedom is no longer relevant and a line in the sand is drawn to take a stand on what exactly is FREE and what is isn’t?  America is obviously less religious than it was 50 years ago, the Pew study on Religion and America from 2009 showed that more American’s are leaning away from the church rather than towards it, so is this new rhetoric a way to shock us and regain our attention?  Ahmed in his CNN piece mentions the perspective of the founding fathers saying “Not only does the burning of holy texts reflect the darkest days of medieval Europe and Nazi Germany, but it is hard to think of anything more un-American, by the definition of the Founding Fathers themselves.”

George Washington welcomed the Jews to America as the “stock of Abraham” while John Adams showed the utmost respect for Islam, naming the Prophet Mohamed as one of the greatest truth seekers in history. Benjamin Franklin called him a model of compassion.

…Thomas Jefferson kept the same Quran in his personal collection and it informed his decision to host the first presidential iftaar during Ramadan.”

This is a relevant conversation to Freemasonry in that it is not talking about faith, it is a dialog on how we intersect with it.  How can a society that is predicated on its membership having a faith stand by (or even support) the denigration of one of the faiths of its members?

What I suggest is that as Freemasonry recognizes ALL FAITHS, it therefore cannot tolerate the desecration of ANY FAITH, including the burning of a Holy Book that could share space on the very alter in which Masonic Oaths are taken.  This transcends the separation of faith and Masonry, and rests at the heart of what BEING a Mason is about.

But, I’m sure many would disagree with this position, that many Freemasons would see it not from the perspective of their affiliation to Masonry but through their faith, which I suggest puts them at odds with their Societies philosophy.

I am willing to take the stand and say that Freemasonry does not condone or tolerate the desecration of the Muslim Volume of the Sacred Law, and that the actions of the Dove World Outreach Center is anything but a peaceful extension of an Olive branch from a Dove as the centers name implies and is rather a means to declare A Christian Holy War on Islam. The message is coming from a church that declares Islam Satanic, I don’t know how else to interpret the message. The soldiers for this Christian Holy War are being made today, (see the film Jesus Camp

if you need to see how), and Rev. Jones is firing the first shot to try and start it.

Without a doubt there is another way to commemorate 9/11 than the burning of a faiths holy scripture.

Are you ruled by your passions? Do you support the burning of the Koran on 9/11/2010?  Are you at odds with your Societies philosophy?