You are here: Home / Featured / The Little Project 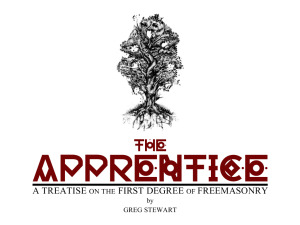 Just recently, I decided to bring to life a little project of mine that began somewhere back in 2007. The “project” evolved as a series of short works, or treatises, on the degrees of Scottish Rite Freemasonry.

The project had an purpose, one that I followed through its course. Slowly, the pile of works grew to encompass 12 near complete works, many at written at great pains of research and time. But what was I to do with them?

I wanted to do something more with them than to publish them onto the web. I felt like they deserved better than that, they needed something to encapsulate their content.

Then it came to me.

Earlier this year, I finished Richard Kaczynski ‘s biography on Aleister Crowley, Perdurabo, and something struck me. One of the driving forces behind Crowley’s work, despite all the hype and hyperbole, was that he wanted to communicate it to the world. More so, that he was driven by the idea of having to let the world know what he had discovered in the pursuit of his passions. I was feeling the need to do the same; I needed to get these ideas out of my head and out of the drawer that the sat quietly in and into a medium where they could live beyond the pixilated computer screen and sink into the zeitgeist of modern Masonic esoterica.

So began the “little project.”

I’m sure I will be talking more about the project in the weeks and months to come, but for now, if you’re interested in seeing what this little project is about, you can read more on it here, at Kickstarter.

I haven’t said much about the project because I don’t want to give too much away just yet, I want the work to do that. What I will say is that the work thus far is an exploration of Freemasonry and it connection to the Kabbalah and how that is reflected in the working of the Scottish Rite degrees. I’ve let a few people read it and each has said that it offers a lot of food for thought with one saying that it bridged the “…disconnect between my expectation and the reality of [the first degree] initiation.”

Personally, I didn’t think I would be writing this so soon but stunningly, my project has reached its campaign goal in just under six days. But that doesn’t mean it’s over. If you would like to still be a part of my little project, you can still contribute. Every bit will go towards making this book that much better. My stretch goal, with anything left over from the campaign, is to get the text translated into Spanish and French and then look at publishing it into those markets as well. Your further help and support can help make that happen.

END_OF_DOCUMENT_TOKEN_TO_BE_REPLACED

Raised to a Master Mason in 1908, at Harmony Lodge No. 17 in Washington, DC, Carl H. Claudy  served as the Master and eventually as Grand Master of Masons … END_OF_DOCUMENT_TOKEN_TO_BE_REPLACED

In this final installment of the Faith Hope and Charity series, we consider the symbolism of charity, or perhaps better called love. It is this attribute that … END_OF_DOCUMENT_TOKEN_TO_BE_REPLACED

In this installment of the Symbols and Symbolism of Freemasonry, we examine the text of Albert Mackey's Encyclopedia of Freemasonry on the symbolism of … END_OF_DOCUMENT_TOKEN_TO_BE_REPLACED

In this installment of the Symbols and Symbolism of Freemasonry, we consider a reading of Albert Mackey's text on the subject of Faith as it pertains to … END_OF_DOCUMENT_TOKEN_TO_BE_REPLACED