I can’t help but make some comment about the latest in the line of SNAFU‘s, this time taking place in Arkansas.  I don’t want to make any particular comment on what’s going, its my hope that all involved are true and acting above board and that the situation will resolve it self int he best way possible for the fraternity.  But for now, a SNAFU is what it is indeed.

With this situation in Arkansas, and those of the past including West Virginia, Ohio, Alabama, and across orders with the Jesters, it begs the question what is our responsibility as a member of the order?

The easy answer is to say the things to which we take the obligations over, and further, the things that we sign on and linked to our states Masonic constitution.  But that covers the physical or tangible things to do or not to do.  What about the less obvious?  And, from the other side of the fence, how do our own actions carry out the principals that we espouse.  Really, there are four, Temperance, Prudence, Fortitude, and Justice.  Maybe your jurisdiction has others, maybe none of these, but by and large, these 4 tenets are the foundation of our being.

So, in the wake of these minor incursions in these remote places of American Masonry (not some far away place, but your fraternity in the next state over, your neighbors, your brothers), is this YOUR Masonry?  Are you a Mason to practice the Royal Art whilst those who claim governance (see leadership) re-write what the moral value is to fit their actions? 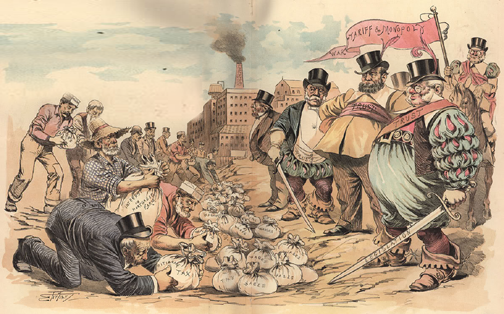 Is that what the fraternity has de-evolved into?  Would we better off without a centralized governance, where lodges govern and maintain their own members, where they interact with the community spreading the word of Masonry?  Is it because of a lack of professional Masons (see paid), except at the Grand Lodge level, that like a Robber Baron Mob Boss, the future of the fraternity is being ground into dust for the gain of a few fancy jewels, a title or two, and a pay check.

Would we be better of incorporating the whole thing and making every member a single share holder responsible for a part of the whole?

Or, maybe Masonry just isn’t important to its members anymore with thinking that because its not happening in your own back yard, it has no overall effect to your membership.  Is the system safe from a philosophical chain reaction with each instance triggering an invisible event somewhere else down the line?

This isn’t an indictment to the system of Grand Lodges, or those who staff them per-se, but a question as to what value they bring to the system overall.  Is it a necessary layer of governance to a system that is otherwise set up to do it itself at the lodge level?

Could it be done without the leadership of a Grand Lodge, or does a Grand Lodge make YOUR individual Masonry more valuable?  Somehow this period of SNAFU’s has got to come to a head, the question is what are you doing to help point it where you want it to go?