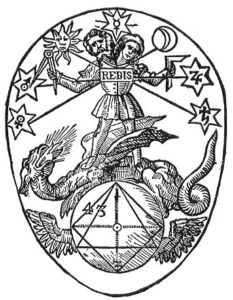 Albert Pike once wrote: “Freemasonry is the subjugation of the human that is in man, by the Divine; the conquest of the appetites and the passions, by the Moral Sense and the Reason; a continual effort, struggle, and warfare of the Spiritual against the Material and Sensual.” Morals and Dogma, Sublime Prince

I found this definition of Freemasonry to be an appropriate introduction to what I am about to present.

I have always sensed that our ritual had a deeper significance than what appears on the surface. Through my association with other esoteric bodies and their knowledge, I have been able to recognize phrases, analogies, allegories, and symbols from these ancient teachings. Many Masons have either lost sight of, or are not aware of, what our ritual is indicating to us. I have made it my mission to share this discovery with all Masons, and would now like to expose, to you, in the coming chapters, some of the deeper meaning behind the ritual of our degree rituals, in the hope that you will propagate this information to others.

I have come to understand that there are three aspects to our ritual: physical, mental, and spiritual. The first degree is mostly related to the physical; the second degree to the mental (or intellectual), and the third to the spiritual. Also, each degree is built on the one before, so there are three levels: 1st degree – physical also (representing birth), 2nd degree – mental (also representing growth and development), and 3rd degree – spiritual (also representing death).

However, each one of the degree rituals has, within it, those same three levels. The physical relates to the actions and symbols; the mental relates to the moral and intellectual aspects; and the spiritual is what is explained in the following chapters.

First, I must tell you that there is no official view regarding this deeper aspect of our ritual. Grand Lodge cannot provide you with any standard book that contains these explanations (in fact, few Grand Lodge publications refer to the deeper, more esoteric, side of Masonry). Therefore, there are a few different interpretations that you may come across. It doesn’t matter – what matters is what is meaningful to you.

Next, I must put forward some arguments that provide evidence that there is a deeper meaning.

Our ritual tells us that there is. At your initiation, you were announced at the door of the lodge as “a poor candidate, in a state of darkness, humbly soliciting to be admitted to the mysteries and privileges of Ancient Freemasonry.” What are these mysteries? Is Freemasonry ancient?

I will remind you that, during the examination before passing to the second degree, you were asked: “What is Freemasonry?” The answer you were to give is: “A beautiful system of morality, veiled in allegory and illustrated by symbols.” Brethren, in this statement are the first clues that there is something that is hidden. Let’s examine this statement further.

A “System of Morality…” – Are the rituals of Masonry there merely for the purpose of teaching morals: Temperance, Prudence, Justice, Charity, and Brotherly Love. Was Masonry instituted to teach these elementary virtues? As you well know, those who are “fit and proper people to be made Masons” must be “Just and upright men …… and strict morals.” So, ask yourself if Masonry was meant to teach morals to those who are already moral?

As you can see, this statement of the definition of Masonry refers to something hidden. This is a clear indication of something deeper hidden in our ritual.

What is it that is veiled? The Junior Warden’s Tracing Board lecture begins,

The usages and customs of Masonry have ever corresponded with those of the Egyptian Philosophers, to which they bear a near affinity. Unwilling to expose their mysteries to vulgar eyes, those philosophers concealed their particular tenets and principles under certain hieroglyphic figures and expressed their notion of government by signs and symbols.

What this is suggesting is that, as in the ancient Egyptian mysteries, something is concealed in our customs.

These points indicate the real secret of Masonry: that our ritual hides deeper, more esoteric, spiritual lessons, based on various ancient mysteries and teachings that have been taught throughout the ages, in different forms, and is still being taught today.

These mysteries are not written or taught within Freemasonry. They are embedded for the use only of those who seek the light, through education, contemplation, understanding, and assimilation. It does not matter what religion, if any, you may follow, as these mysteries apply to all. The candidate, if he is to benefit by the light to which the Craft leads, must be prepared to keep his mind open, and seek those mysteries. They contain information which is of vital importance to us all.

The sources of our Initiation Ceremony, while based, perhaps, on old Operative ceremonies, are a blend of various streams of influence, usually called the Ancient Wisdom or “Secret Doctrine“, which is common to all the Ancient Mysteries and Initiation systems from the dawn of history. These are combined with elements from more recent systems, such as Hermeticism, the Hebrew Qabalah, Rosicrucianism, Muslim Sufism, Christian Mysticism, Buddhism, Theosophy, Anthoposophy, and others, drawing symbols from all of them.

Researching these, and there are many books regarding them, it becomes clear that all these sources have been promoters of the same Mysteries, and that they proclaim the same truths. Many of them also have rituals with layered meanings, and many correspond to our Degrees. Some of the founders of Freemasonry, as we know it today, were Rosicrucians, who are teachers of the ancient wisdom. Having studied their teachings myself, I can clearly see the signposts embedded in our ritual. I encourage you to do your own further research to verify this for yourselves. I will go so far as to say that it will be the most important thing you do in your life.

Rob Lund is a Past Master of Kilwinning Lodge #565 in Toronto, Canada, where he serves as Secretary. He has served as the Chairman of the Toronto West District Education Committee and on the Grand Lodge of Toronto Committee for Masonic Education. He is also the author of the new book The Hidden Code in Freemasonry: Finding Light through esoteric interpretation of Masonic Ritual