– “We are raising a generation that is historically illiterate” 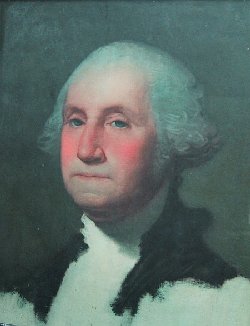 While visiting with some high school teacher friends, I asked how American History was being taught today. I always had a fondness for history, even if the teacher was boring. I particularly enjoyed learning about the American Civil War, and the events leading up to it. I saw it as an epoch event which defined the American character. The aftermath of the Civil War was also interesting including carpetbagging and the corruption of the Grant administration. Most of what I learned came from History and Social Studies classes I took from elementary school to high school. I didn’t take any formal history classes in college, but learned a lot through the other courses I took. To accent the meaning of a subject, the professors often found it necessary to describe its historical roots.

I was dismayed to learn American History was being taught superficially. Remarkably, it was taught starting from World War II and progressing to today. It was also my understanding the high school history teacher made extensive use of DVD video clips as opposed to lectures which I found rather odd. Videos provide excellent stimuli, but their tightly worded scripts do not always provide the rationalization for an event.

The school’s interpretation of American history spans a paltry 73 years. I guess anything happening before 1940 was considered inconsequential, such as:

– The Great Depression and Dust Bowl
– Prohibition, bootlegging, and the rise of organized crime; e.g., Al Capone
– Women’s suffrage and the 19th Amendment
– The court martial of Gen. Billy Mitchell
– The Roaring Twenties, featuring flappers, “The Charleston”, and Jazz
– Isolationism, the RMS Lusitania, Eddie Rickenbacker, Sgt. York, Gen. Pershing, and the League of Nations
– Building of the Panama Canal
– John L. Sullivan, Jack Johnson, and Gentleman Jim Corbett
– The “Black Sox” scandal
– The Spanish-American War, including the Rough Riders and “Remember the Maine”
– The San Francisco earthquake and Johnstown flood
– The contributions of Alexander Graham Bell, Thomas Edison, Guglielmo Marconi, Henry Ford, Andrew Carnegie, John D. Rockefeller, et al.
– The World’s Fairs of Philadelphia, Chicago, Buffalo, and New York City (twice)
– The rise of Joseph Pulitzer and William Randolph Hearst.
– The works of Herman Melville, Mark Twain, Emily Dickinson, Henry David Thoreau, Walt Whitman, etc.
– The Passenger Pigeon and near extinction of the American Bison
– The Wounded Knee Massacre
– Sitting Bull, Crazy Horse, Gen. Custer, and the Battle of the Little Bighorn
– Manifest Destiny and “Seward’s Folly”
– Sutter’s Mill and the Gold Rush
– The impeachment of Andrew Johnson
– Carpetbaggers
– Abner Doubleday and the Cincinnati Red Stockings
– The Civil War
– John Brown raid on Harpers Ferry
– The Dred Scott Decision
– The Mexican–American War
– Tammany Hall and “Boss” Tweed
– The assassinations of Abraham Lincoln, James A. Garfield, and William McKinley
– The Lincoln-Douglas debates
– The Missouri Compromise and the Kansas-Nebraska Act
– Sugar-Rum-Slave triad
– “Old Hickory” and his dismantling of the Second Bank of the United States, and paying off the National Debt
– The War of 1812 and the Battles of Tippecanoe and New Orleans
– The burning of the White House and Washington
– Gerrymandering
– Lewis and Clark Expedition and the Louisiana Purchase
– Jefferson’s Democrat-Republicans vs. Hamilton’s Federalists.
– The founding of the District of Columbia and Pierre Charles L’Enfant
– The Whiskey Rebellion
– The significance of the U.S. Constitution and Bill of Rights
– The Articles of Confederation
– Nathan Hale and Benedict Arnold
– The Declaration of Independence
– The Revolutionary War, from Bunker Hill to Yorktown
– Thomas Paine’s “Common Sense”
– The effect of the British monarchy and taxation
– The French and Indian Wars
– American whaling and fishing industries
– Williamsburg, St. Augustine
– The Plymouth Colony and Compact

I guess these subjects are meaningless and carry no lessons of merit. Without such background, I seriously doubt students have an understanding of how our country was formed, struggled through hardships, and evolved. Without such knowledge, I do not believe students have a true appreciation for what our country is, our identity, why it must be defended, and will likely repeat the same mistakes. I realize math, science, and languages are important, but American history is vital for good government and citizenship.

Beyond this, I was stunned to learn “World History” was taught only beginning from World War I which was mind-boggling to me. What about Ancient Egypt, Greece, Rome, China and Japan, The Inquisition, The Wars of the Roses, The Magna Carta, Marco Polo, Vasco da Gama, Ferdinand Magellan, Amerigo Vespucci, Christopher Columbus, Capt. James Cook, Galileo, Sir Isaac Newton, Napoleon Bonapart, Charles Darwin, Joan of Arc, Socrates, Confucius, etc.?

I guess this also meant nothing and I wasted my time learning about it.

We are raising a generation that is historically illiterate and have a very sketchy, thin knowledge of the system on which our entire civilization is based on. It is regrettable and dangerous.
Historian David McCullough

And, No, Samuel Adams was not our second president.

Also look for Tim’s postings in the Palm Harbor Patch, The Gentlemen’s Association, and throughout the Internet.

END_OF_DOCUMENT_TOKEN_TO_BE_REPLACED

Raised to a Master Mason in 1908, at Harmony Lodge No. 17 in Washington, DC, Carl H. Claudy  served as the Master and eventually as Grand Master of Masons … END_OF_DOCUMENT_TOKEN_TO_BE_REPLACED

In this final installment of the Faith Hope and Charity series, we consider the symbolism of charity, or perhaps better called love. It is this attribute that … END_OF_DOCUMENT_TOKEN_TO_BE_REPLACED

In this installment of the Symbols and Symbolism of Freemasonry, we examine the text of Albert Mackey's Encyclopedia of Freemasonry on the symbolism of … END_OF_DOCUMENT_TOKEN_TO_BE_REPLACED

In this installment of the Symbols and Symbolism of Freemasonry, we consider a reading of Albert Mackey's text on the subject of Faith as it pertains to … END_OF_DOCUMENT_TOKEN_TO_BE_REPLACED