The old monitorial rescript concerning the correct form of the Masonic lodge will be found, greatly elaborated upon, in Mackey’s Masonic Encyclopedia. It states that the room should be in the shape of a parallelogram or “Oblong Square,” at least one-third larger from east to west than it is from north to south. 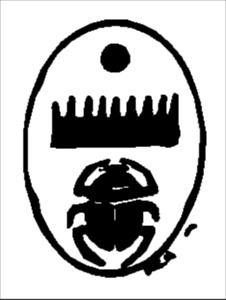 We are elsewhere told that it should be “as high as the heavens and as deep as the surface from the center,” likewise that it is “a representation of the universe on a reduced scale.”

Few of us who encounter these random phrases are aware of how literally true they are and how full of the true spirit of ancient Masonry. Take, for instances, a plane surface one-third longer than -it is wide. Geometrically it can mean only one thing, -a square composed of nine small squares to which three are added, making twelve, or an oblong three by four.

It may come as a surprise, but this figure, next to the cube, was the most sacred one of the ancient world. It is almost always imperfectly and incorrectly represented by the paved mosaic oblong of “haphazard” dimensions, occupying the center of many of our lodge room floors, upon which the symbol of a “blazing star” is shown, with the altar in the center.

Oblongs of these precise dimensions are found all over the world,-among the amulets profusely strewn, in the mummy cases and wrappings of their dead, by the ancient Egyptians, and in the burial mounds of the long vanished American races that once dwelt from the Dakotas to the Andes. 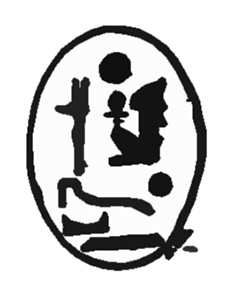 In its association with the lodge room, however, the exact relation of this particular figure to the language used in describing the former is that an elliptical line, exactly circumscribed within it, was taken by the ancient Egyptians, who made crude observations of the changes in the sun’s apparent diameter and direction from the earth, from day to day, as the correct form of the orbit of our earth. It was the astronomer Kepler who is supposed to have discovered the laws of the planetary orbits, late in the 16th century. There is a host of detail connected with these laws of Kepler which prove that the relations of the heavenly bodies are following the precise mathematical laws of geometry; not at random, but eternally, with the same precision.

Kepler found it to be true that all the planets move in elliptical orbits round the sun, which is placed in one of their two foci, which are points near each end, which may be proved by the fact that lines drawn to them from any point on the circumference of the ellipse will exactly equal its length.

One would imagine that such a stupendous fact would be involved in a maze of incomprehensible mysteries ; but no ; there it is, in our simple 3 x 4 lodge floor, and the symbol of the sun is present to attest that those who put it there knew what they were about. 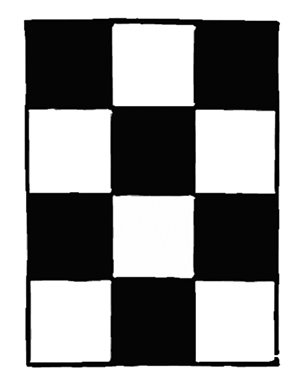 Form of lodge floor in true proportions of 3×4

The repetitions of our lodge floor proportions in the floor plans of ancient temples, facing the East, so as to catch the first rays of the rising sun, the use of a 3 x 4 oblong by the ancients as a frame for representations of the sun god Helios and of Apollo, the elliptical figures of the wonderful little Egyptian scarab amulets, most of which, like the royal cartouches, bear the name of a Pharaoh, beginning with a symbol of the sun placed in one of the foci and the winged disk of the sun god Ra, over the portals of every Egyptian temple, all attest that these wonderful truths were known ages before the beginning of human history.

As the form of the lodge develops our conception of the orbit of our earth about the sun, so we are able to advance in understanding of other features of surpassing importance. This checkered floor pattern was not there by chance; it was in fact one of the world’s earliest scientific instruments. All engineers make use of what is called the equation of loci in registering the rise and fall of temperature, electricity, water and steam pressure, terrestrial levels, comparative costs, etc., by zigzagging a colored line through a maze of geometrical squares. In this very manner, by the movements of the long, needle like shadows cast upon the surface of such temple pavements by obelisks at their corners and in their centers, the sun was made to register innumerable facts concerning its relation to the earth, while the differences between the facts registered at different points taught the lessons of comparative latitudes and longitudes, the shape and size of the earth, and the conditions on different parts of its surface.

These were a few of the circumstances that caused the “oblong square, one-third longer from east to west than from north to south,” indicating also the motion of all the planets, from west to east, to be regarded as a philosophical epitome of the universe. 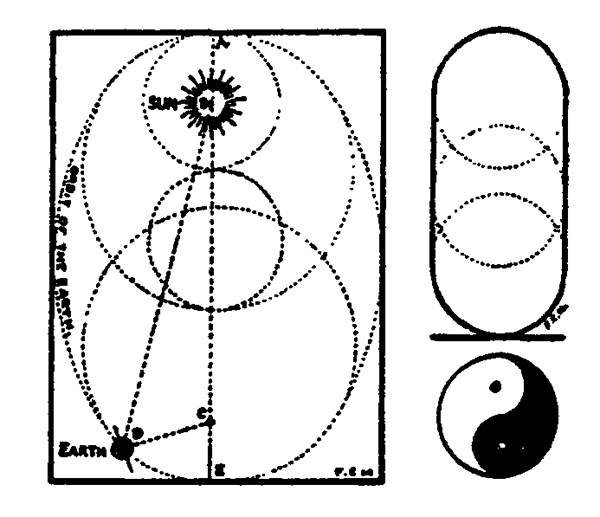 The earth’s orbit as Imagined by the Egyptian Astronomers As it goes round the sun the sum of the lines B-D and D-C should always equal the length of A-E. The true ellipse is, however, far nearer a circular form which places the sun close to the center. The upper right-hand cut shows the cartouche in which every Pharaoh’s name was inscribed. The picture below it shown the sun-and-shadow figure of the ancient Chinese, derived from the figure above.