You are here: Home / Masonic Traveler / By Wisdom a House is Built – The Path of Tav

The following is the introduction to the Fellow of the Craft, a book on the second degree of Scottish Rite Masonry.  Where and when the final work will see publication is still to be determined.  In the mean time, I thought it would be good to share and discuss.

In totality, the Rite degree differs from the Webb-Preston ritual, as it lends itself to the 32 degrees of Scottish Rite progression.  From a traditionalist point of view, these degrees may seem heretical in that they lend themselves to see the 32 degree progression, a divergence from the idea of “no degree greater than the third.”

The title of this complete work is By Wisdom a House is Built which stems from the degree prayer In strength shall this, my house, be established which in itself comes from the 24th Proverb whose 3rd and fourth verse reads:

By wisdom a house is built,
and through understanding it is established;
through knowledge its rooms are filled
with rare and beautiful treasures.

The degree of becoming a Fellow of the Craft is, in essence, the building of ones house from foundation to eaves.

Intelligence to understand, Honesty to guide intelligence, Courage to act, Prudence to guide courage, and Love to humanity composed of the four others….

…By wisdom a house is built,
and through understanding it is established…

The second degree is our enigma. Having undertaken the ritual and trials of the first degree, we now are at a crux in that we are in one aspect the coalesced form of Malkuth yet faced with our next stage of evolution, an evolution that necessitates our further need to be transformed and given shape for the tasks before us both here and beyond this degree. To do this we need to study and learn – not simply what it means to be a mason but how that practical application applies to the world around us and our interactions on the material influences that we encounter. Why we do this, you will remember, is to relate our own elemental being, as Malkuth, to the elemental world in which we have both become and inhabit. We are Malkuth, the elemental world, and need to now traverse the path of Tav upon the pillar of mercy towards our apex in the craft lode in becoming Master. But, we are getting ahead of ourselves and must first begin our lesson of the Second Degree and the implementation of our will into manifested action to act the square to all mankind. This is our summation of all things, our end which is without end. In the Christian VSL, it begins with the utterance of the Great Architect in saying “Let there be LVX“, and then there was LVX. So too, as LVX was created man become the blazing star of LVX so too uttering our creative force. To realize that vision, as a traveler, we must climb the steps and reach our gnosis which we do through our wisdom journey to surmount the three steps of our existence, the five steps out antiquity, and the seven steps of knowledge, and only there at the top can we acknowledge our being as a fellow of the craft as it is there that we find our self – the man made manifest as he knocks upon the door of greater illumination. As the warning above the temple door reads, “Know Thyself” because “as what you seek you already are.” Little in this journey will change you in a manner you may expect. Rather it is in the subtle shifting of thought that the greatest and most noble developments will occur. This is the middle chamber, the way before the Holy of Holies which is where the need to transform must take place before venturing forward. While these ideas may seem strange and foreign know that they have been a manner of practice for millennia in the houses of wisdom and schools of the sacred. We cannot say with certainty these ideas existed in their present form but in a manner of cause and effect they have been a part of this sacred practice to bring its students from the earthly state to the celestial so as to see the various heavenly apartments above us in the unfolding universe. This is the mystic tie that binds us – as a fellow of the craft, as a lodge, as a member of humankind, and as one can imagine to the Great Creator. In this chain of union, the brilliance of the sun illuminates us, and the moon and stars sing us the glories of the divine harmony of Truth. As the great author Pike says “Light! All comes from Light, and all returns to it.” Of the many great lessons of this degree to be learned this is the most important to understand.

As the great book itself says, “Let there be LVX!” 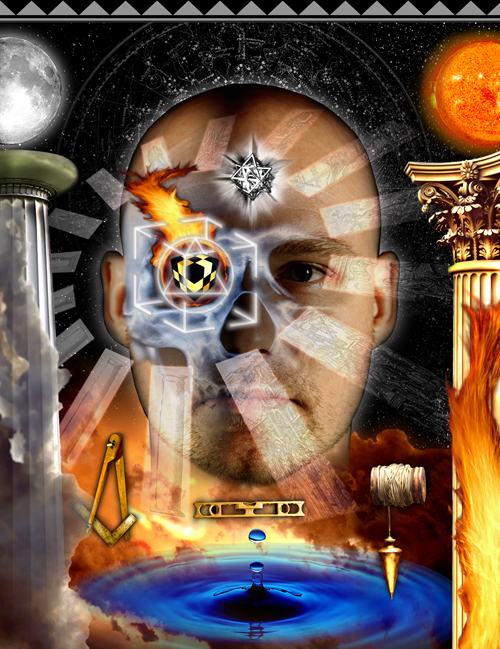 Read more about the Fellow of the Craft in the Symbolic Lodge.

END_OF_DOCUMENT_TOKEN_TO_BE_REPLACED

Raised to a Master Mason in 1908, at Harmony Lodge No. 17 in Washington, DC, Carl H. Claudy  served as the Master and eventually as Grand Master of Masons … END_OF_DOCUMENT_TOKEN_TO_BE_REPLACED

In this final installment of the Faith Hope and Charity series, we consider the symbolism of charity, or perhaps better called love. It is this attribute that … END_OF_DOCUMENT_TOKEN_TO_BE_REPLACED

In this installment of the Symbols and Symbolism of Freemasonry, we examine the text of Albert Mackey's Encyclopedia of Freemasonry on the symbolism of … END_OF_DOCUMENT_TOKEN_TO_BE_REPLACED

In this installment of the Symbols and Symbolism of Freemasonry, we consider a reading of Albert Mackey's text on the subject of Faith as it pertains to … END_OF_DOCUMENT_TOKEN_TO_BE_REPLACED