You are here: Home / Archives for Atlantis 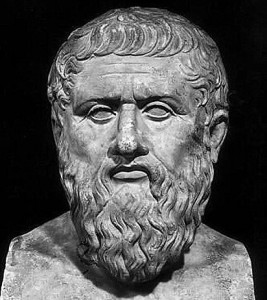 What if Plato’s account of Atlantis was a metaphor for a much greater distribution and spread of the Mediterranean peoples? From Popular Archeology:

Plato’s writings about an ancient advanced civilization may not be altogether fantasy. New scientific research is raising some tantalizing new considerations. Was there indeed a great founding culture and people that gave rise to the well-known civilizations that ringed and navigated the Mediterranean and laid foundations for the emergence of European societies?

This story begins with a pre-Semitic people of the Stone Age Levant (about 8000 B.C.E). Thriving in the northwest region of the fertile crescent, they have learned to farm. Life is good and their numbers increase. The land can no longer sustain them all. The ancient Greek historian Herodotus was the first to make this assertion, claiming that famine in lost early times drove the King of Anatolia to split the people: half to remain and half to go out and find new territory. Coming as no great surprise, modern scientists have identified several waves of human migration that spread from the Near East into Europe after the last Ice Age, before written history began.

One extraordinary group carried their traditions and their chromosomes (DNA make-up) into what was then the Mediterranean frontier. Were they the Atlantis superheroes of science fiction? Most likely not; however, the archaeological evidence suggests that they were more intellectually and artistically advanced than anyone around them during the same time period.

For it is related in our records how once upon a time your State stayed the course of a mighty host, which, starting from a distant point in the Atlantic ocean, was insolently advancing to attack the whole of Europe, and Asia to boot. For the ocean there was at that time navigable; for in front of the mouth which you Greeks call, as you say, ‘the pillars of Heracles,’ there lay an island which was larger than Libya and Asia together; and it was possible for the travelers of that time to cross from it to the other islands, and from the islands to the whole of the continent over against them which encompasses that veritable ocean. For all that we have here, lying within the mouth of which we speak, is evidently a haven having a narrow entrance; but that yonder is a real ocean, and the land surrounding it may most rightly be called, in the fullest and truest sense, a continent. Now in this island of Atlantis there existed a confederation of kings, of great and marvelous power, which held sway over all the island, and over many other islands also and parts of the continent.

The story of Atlantis is a much explored aspect of Alternative Historians, but, an interesting comparison would be Francis Bacon’s The New Atlantis

, which some interesting parallels to Freemasonry and the much later founding of the United States.

Whether Plato was writing about the spread of the Mediterranean peoples, an erupting volcano, or an alien space ship that ascended to the heavens, some scholarship suggests that the true story of Atlantis rests with the remains off the south-eastern coast of Cyprus and flooded in a deluge in about 9000 B.C.E. where it now lies 1500 meters below sea level, 80 kilometers off the shoreline.

END_OF_DOCUMENT_TOKEN_TO_BE_REPLACED

Raised to a Master Mason in 1908, at Harmony Lodge No. 17 in Washington, DC, Carl H. Claudy  served as the Master and eventually as Grand Master of Masons … END_OF_DOCUMENT_TOKEN_TO_BE_REPLACED

In this final installment of the Faith Hope and Charity series, we consider the symbolism of charity, or perhaps better called love. It is this attribute that … END_OF_DOCUMENT_TOKEN_TO_BE_REPLACED

In this installment of the Symbols and Symbolism of Freemasonry, we examine the text of Albert Mackey's Encyclopedia of Freemasonry on the symbolism of … END_OF_DOCUMENT_TOKEN_TO_BE_REPLACED

In this installment of the Symbols and Symbolism of Freemasonry, we consider a reading of Albert Mackey's text on the subject of Faith as it pertains to … END_OF_DOCUMENT_TOKEN_TO_BE_REPLACED